Hello! Sorry for the big delay but I waited for like eternity to have all of my photos from Akicon, so I could write this post ~^_^~
Finally I have them all so I hope you will like them!

I've arrived to Prague on Friday, but I've been on the Akicon for just a brief moment, I only wanted to pick up my ticket and then I went to the bar Knoflik. It was Halloween so there was a big Halloween party! Most of the people came in costumes, I really liked what KK had. She always looks so awesome!

As I don't own any scary costumes at all, I decided to wear gothic lolita. 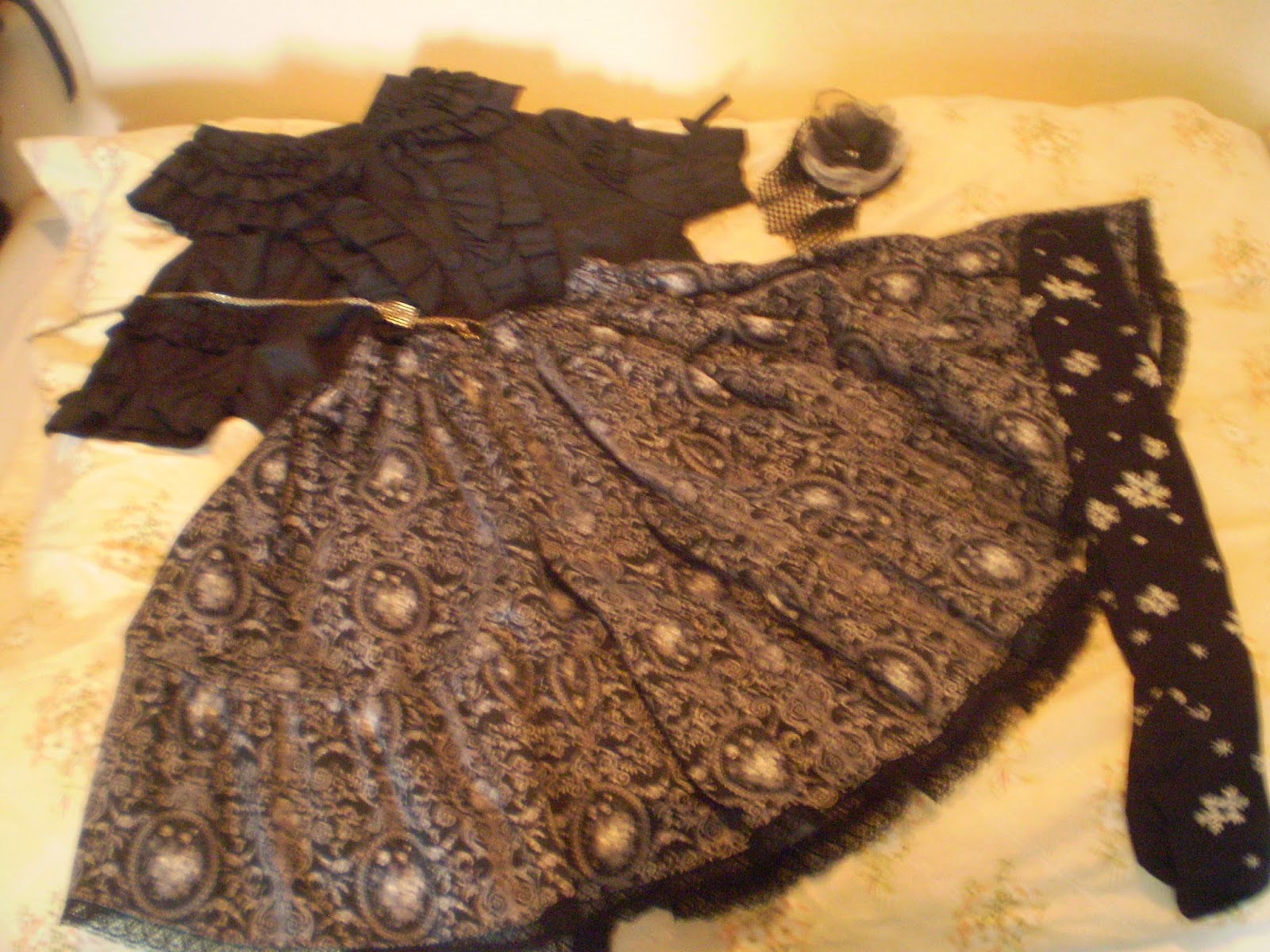 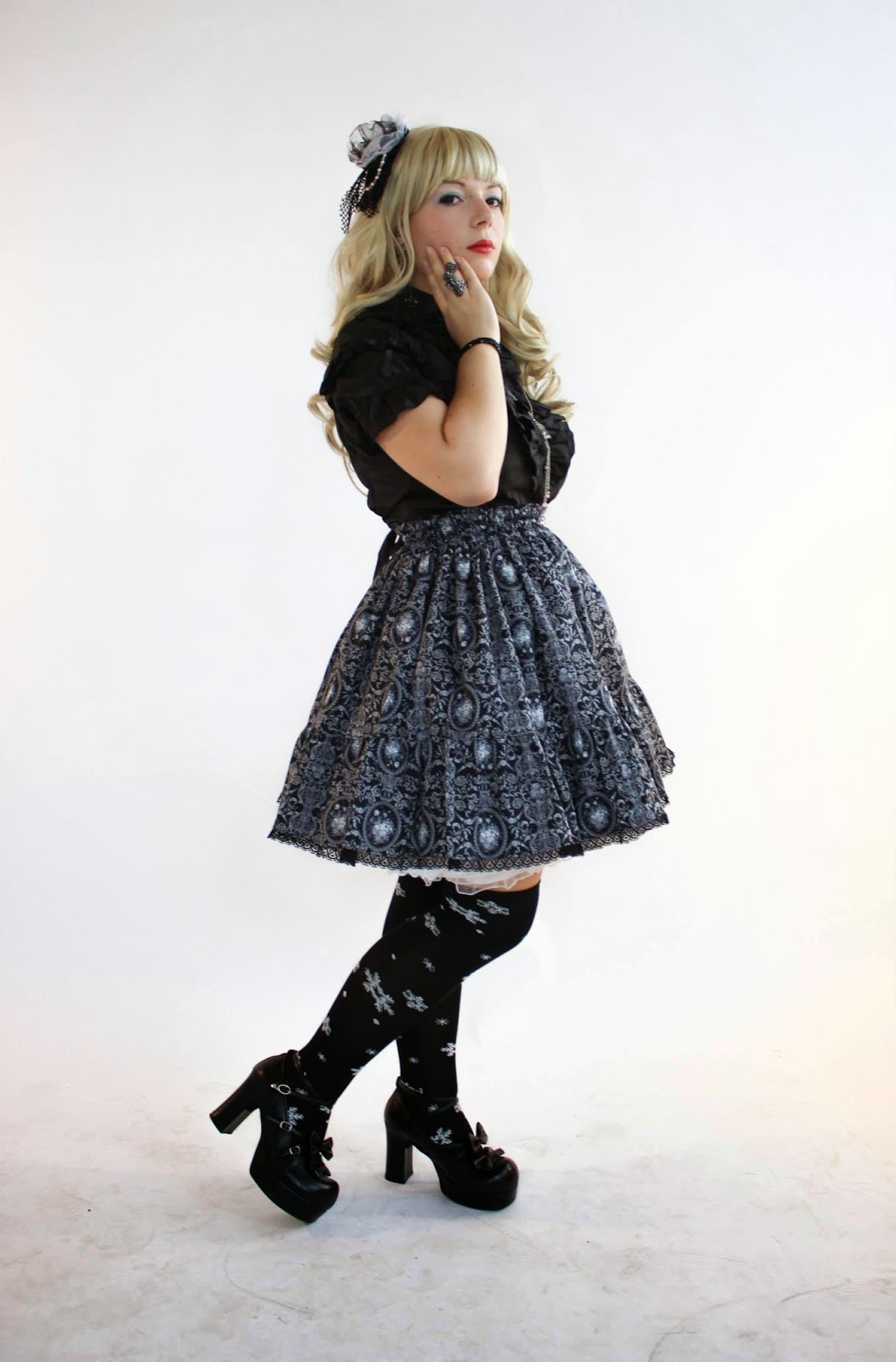 These photos were taken by the official photograph at Akicon and I was a bit angry, because he took several photos of me and he decided to publish only these two - and my petti is peaking out on the first one.
What did I wear?
Blouse, skirt and socks: Metamorphose
Shoes: Bodyline
Headdress: Rabbitheart
Necklace: handmade
Other accessories: Claire's

In Knoflik my boyfriend arrived, as he wasn't able to come sooner to Prague because he was at work. We arrived to the hall where the attendants of Akicon should sleep late in the night, but we met a few of our friends there, so that was a big surprise for us!

On Saturday we got up quite early. The day was awesome, we met many of our friends and made loads of photos!
For Saturday I chose Krad Lanrete's Lost in Sea Blue OP. I wanted to wear the dress at some bigger meetup/convention and I thought this was the perfect occasion! 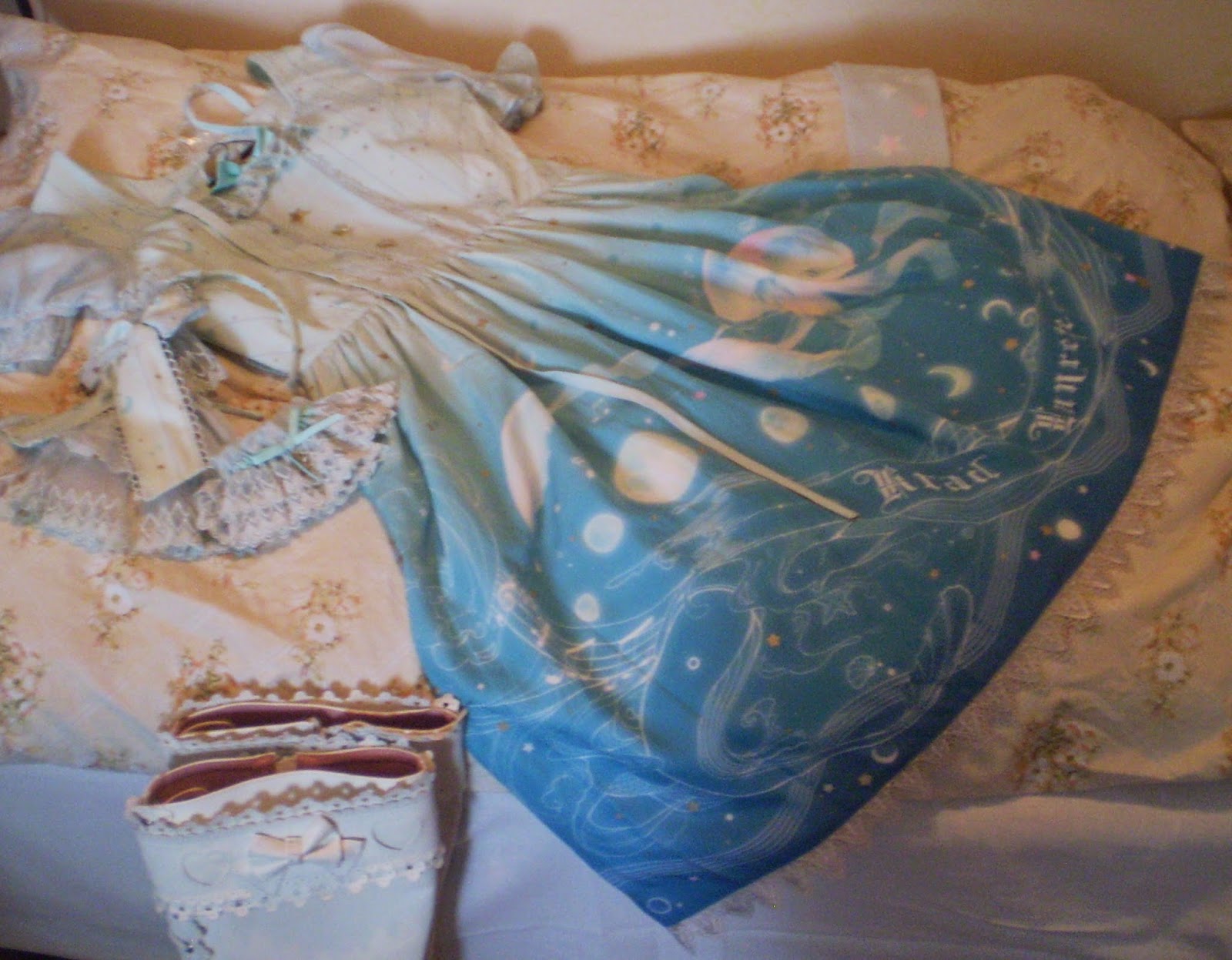 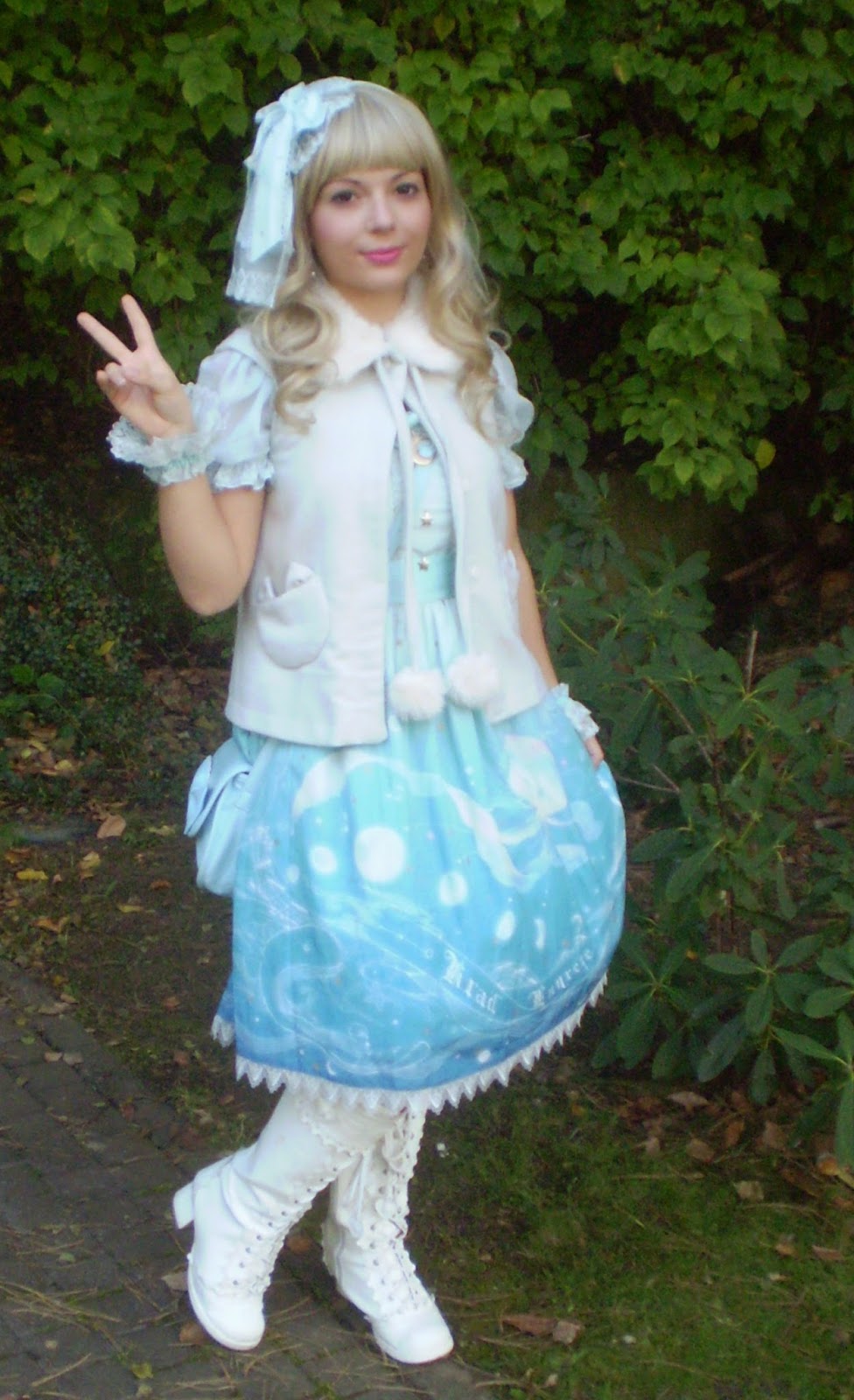 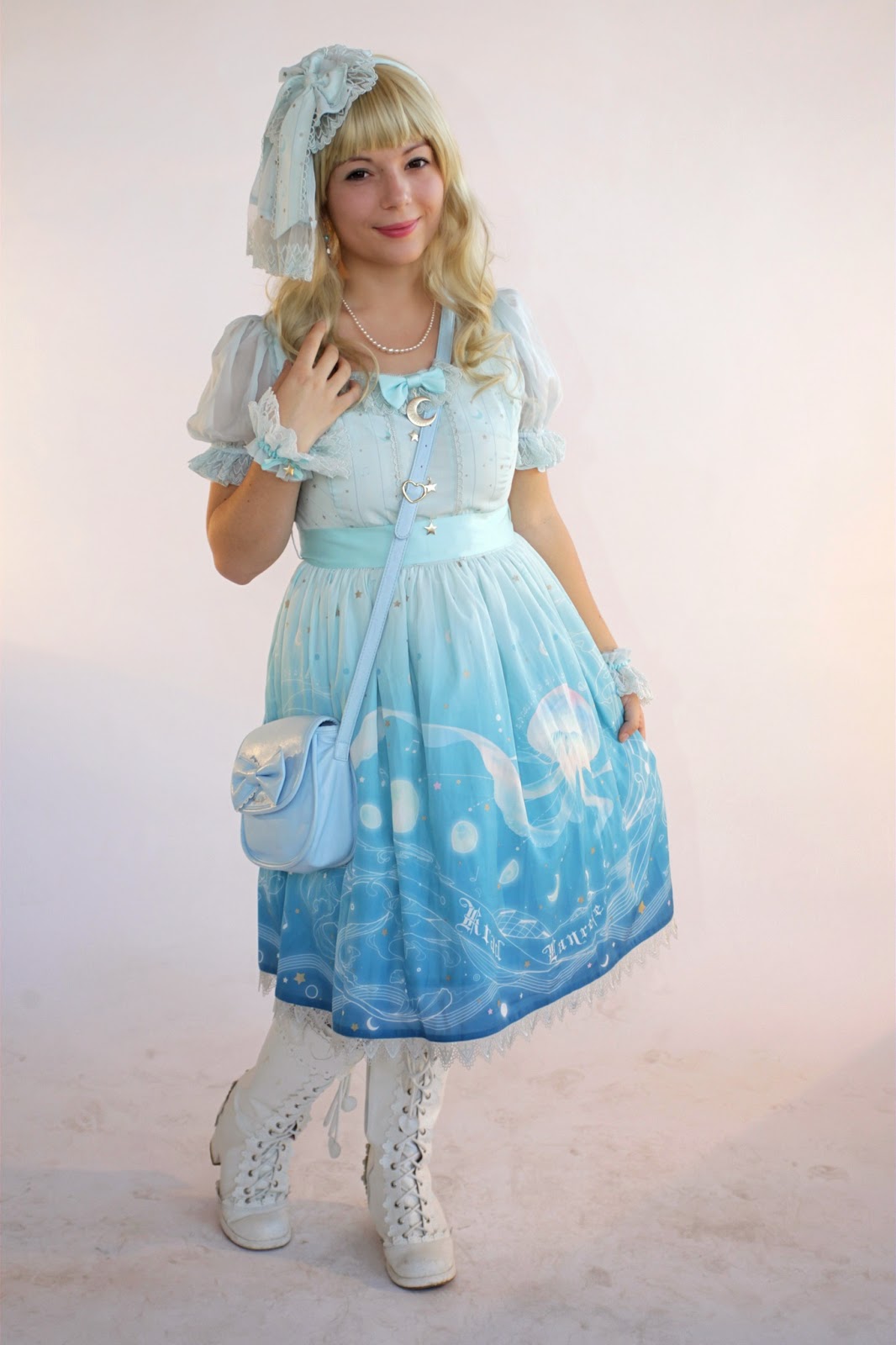 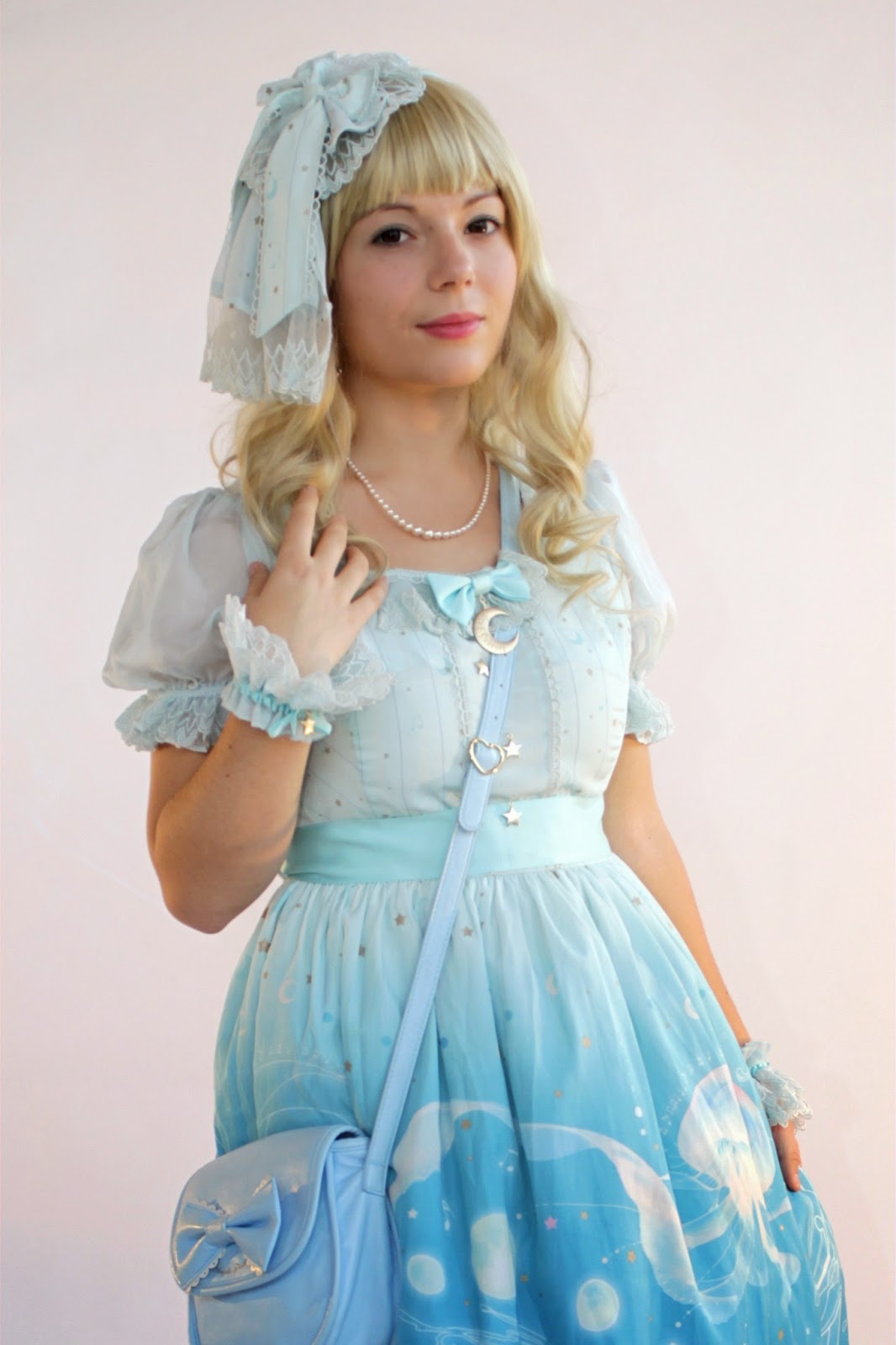 I think that the cosplayers are better and better every year. I was really glad that I met so many cosplays of my favorite characters - and all of them were very well done. 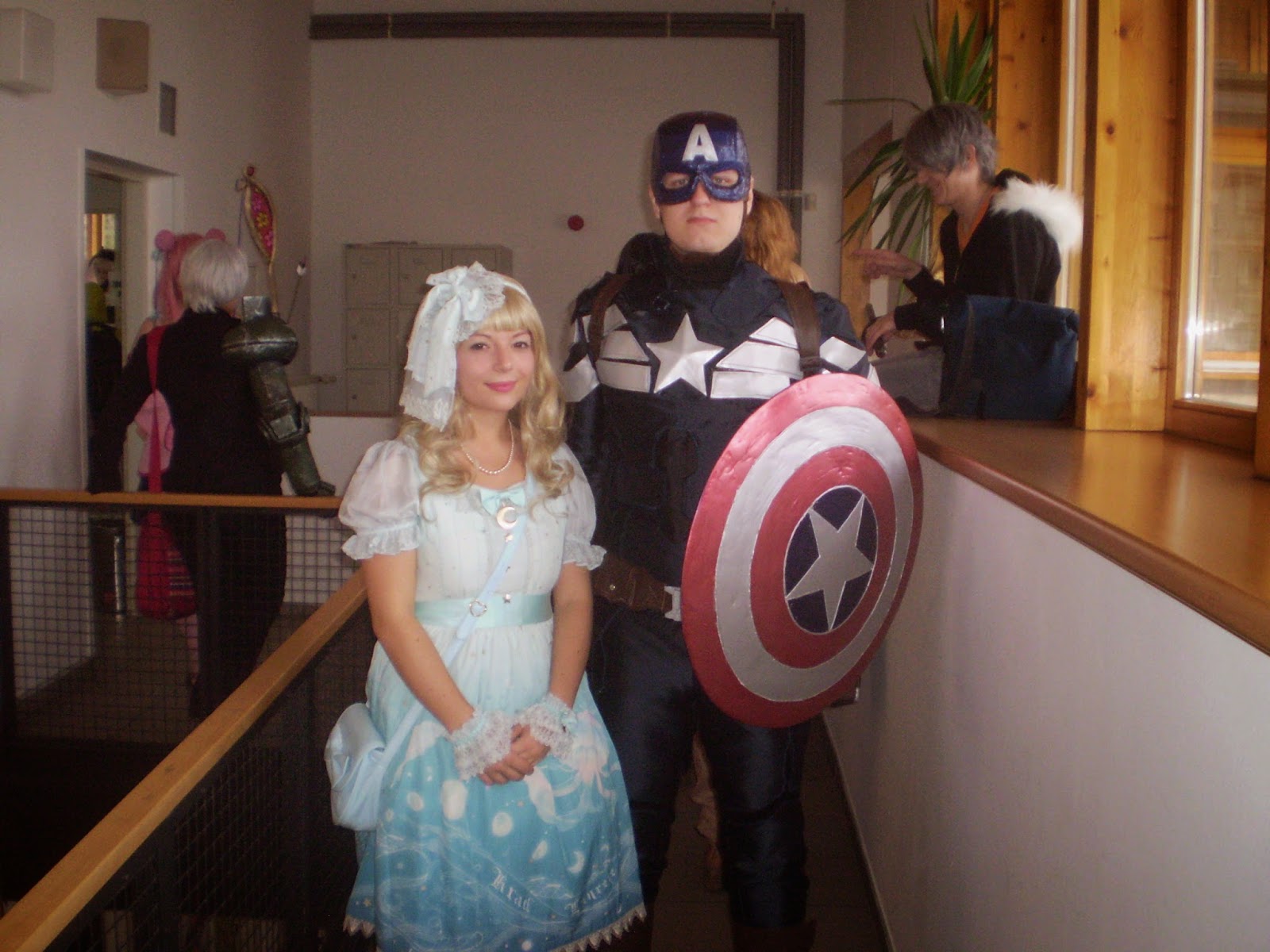 The first one I met was amazing Captain America. The only thing I didn't like was that he had a bit wrong hair colour - his hair were white instead of blonde. But as he was wearing the helmet for all of the photos it wasn't so important. 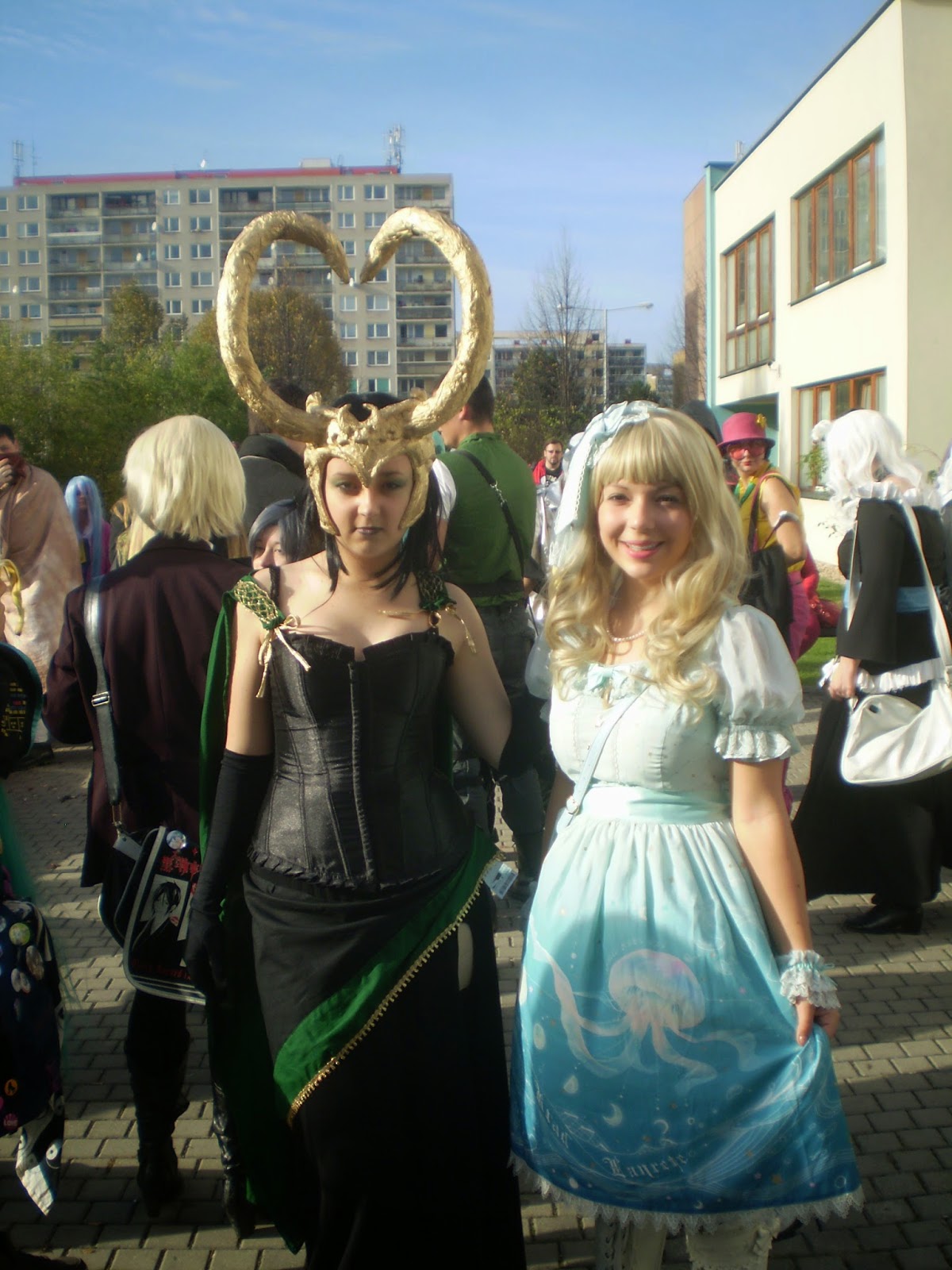 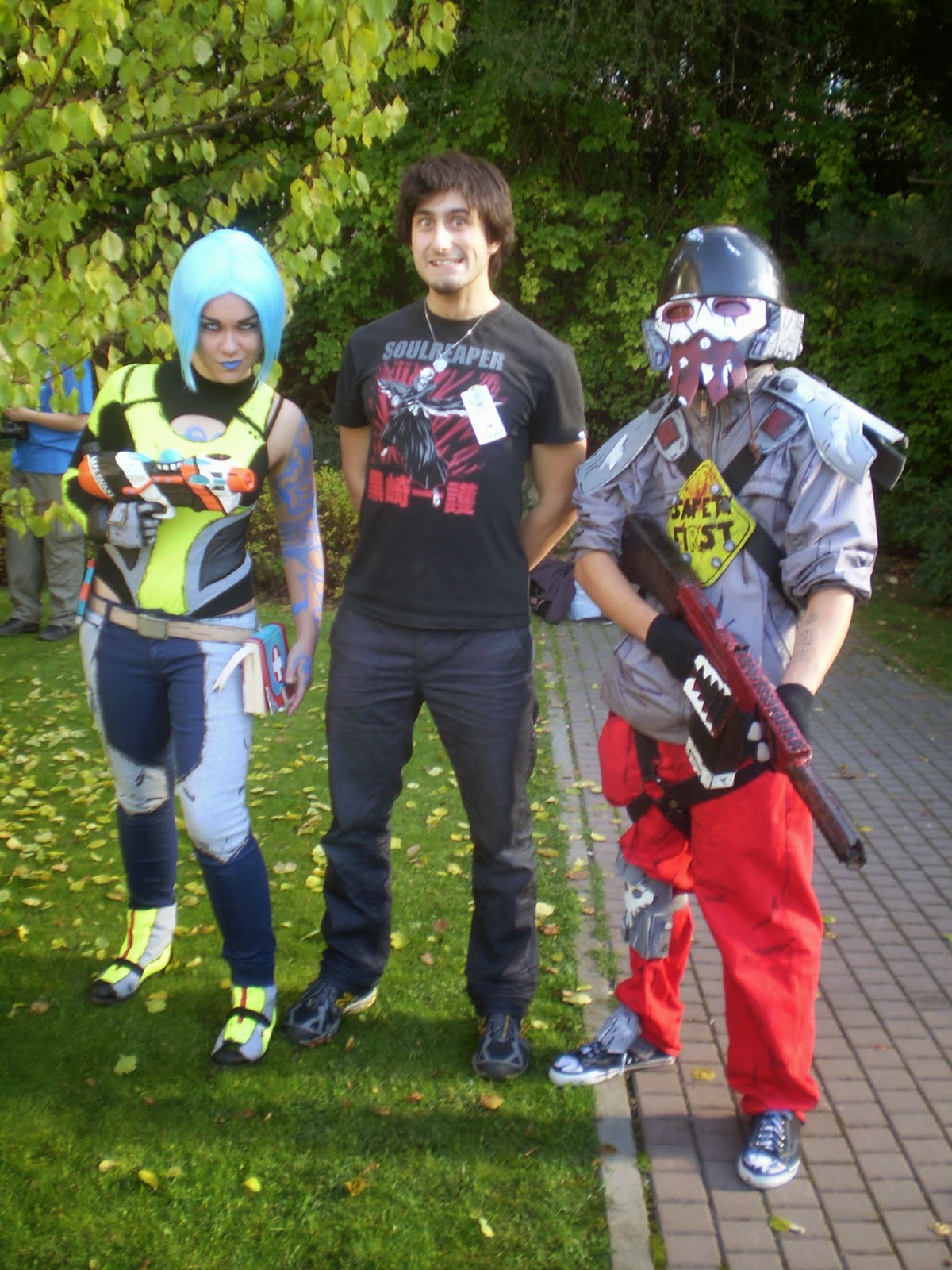 And this is my boyfriend with some of the characters from his favorite game, Borderlands II. There was a large group of them and all of them looked wonderful. 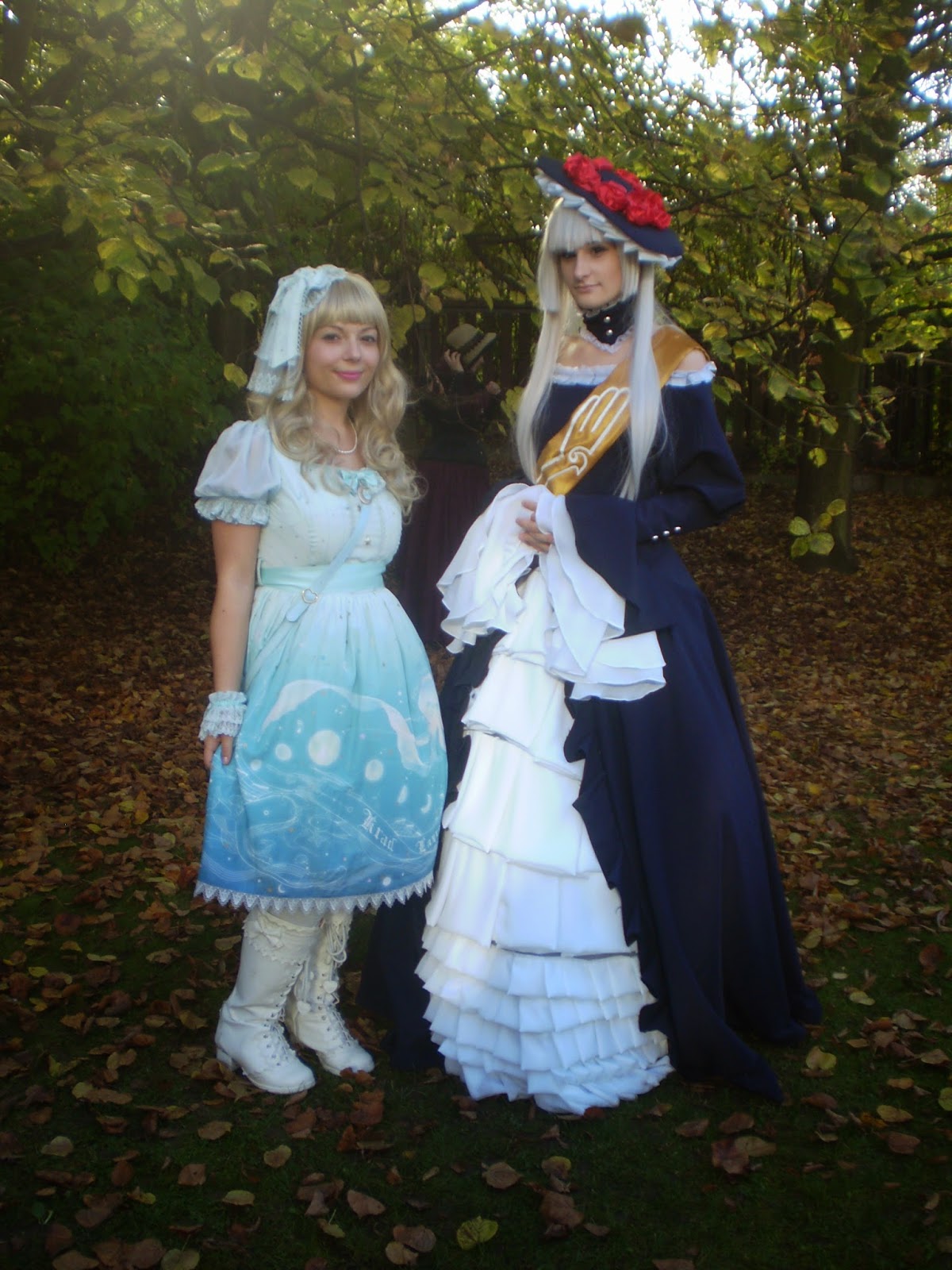 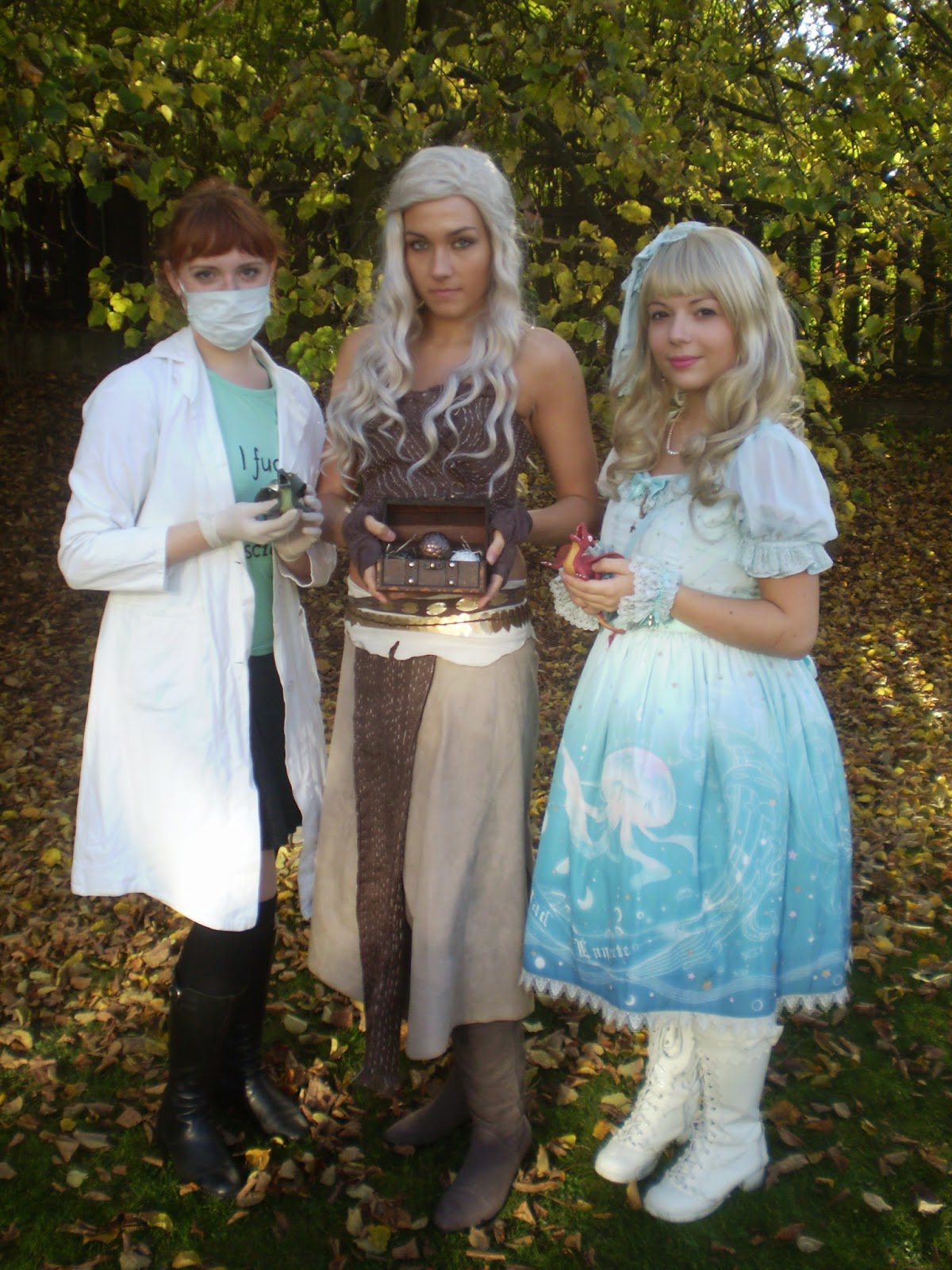 Me and my friend with the Khaleesi and her dragons <3 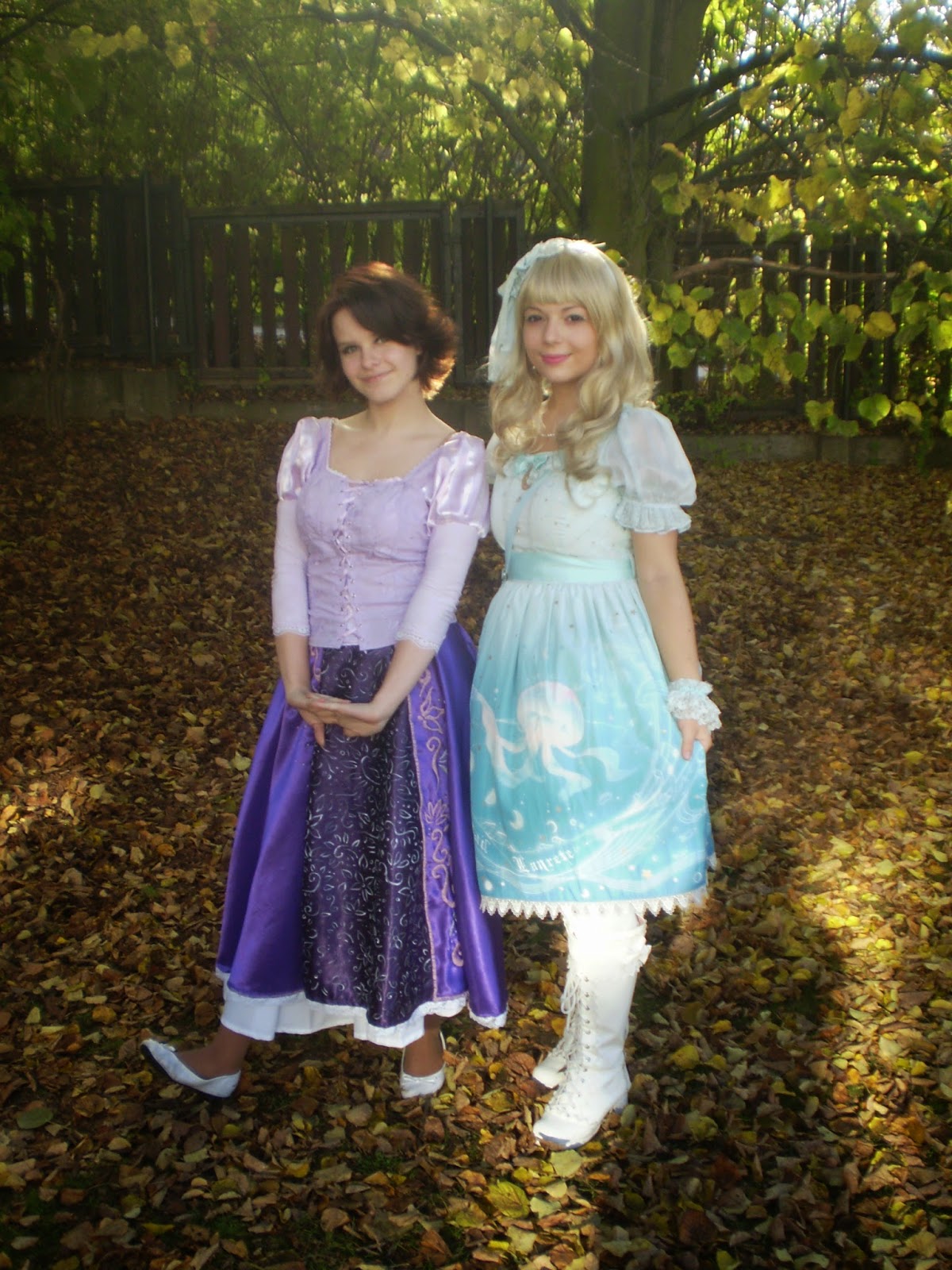 I was excited to see also a Disney princess there, so I had to take a photo with her! 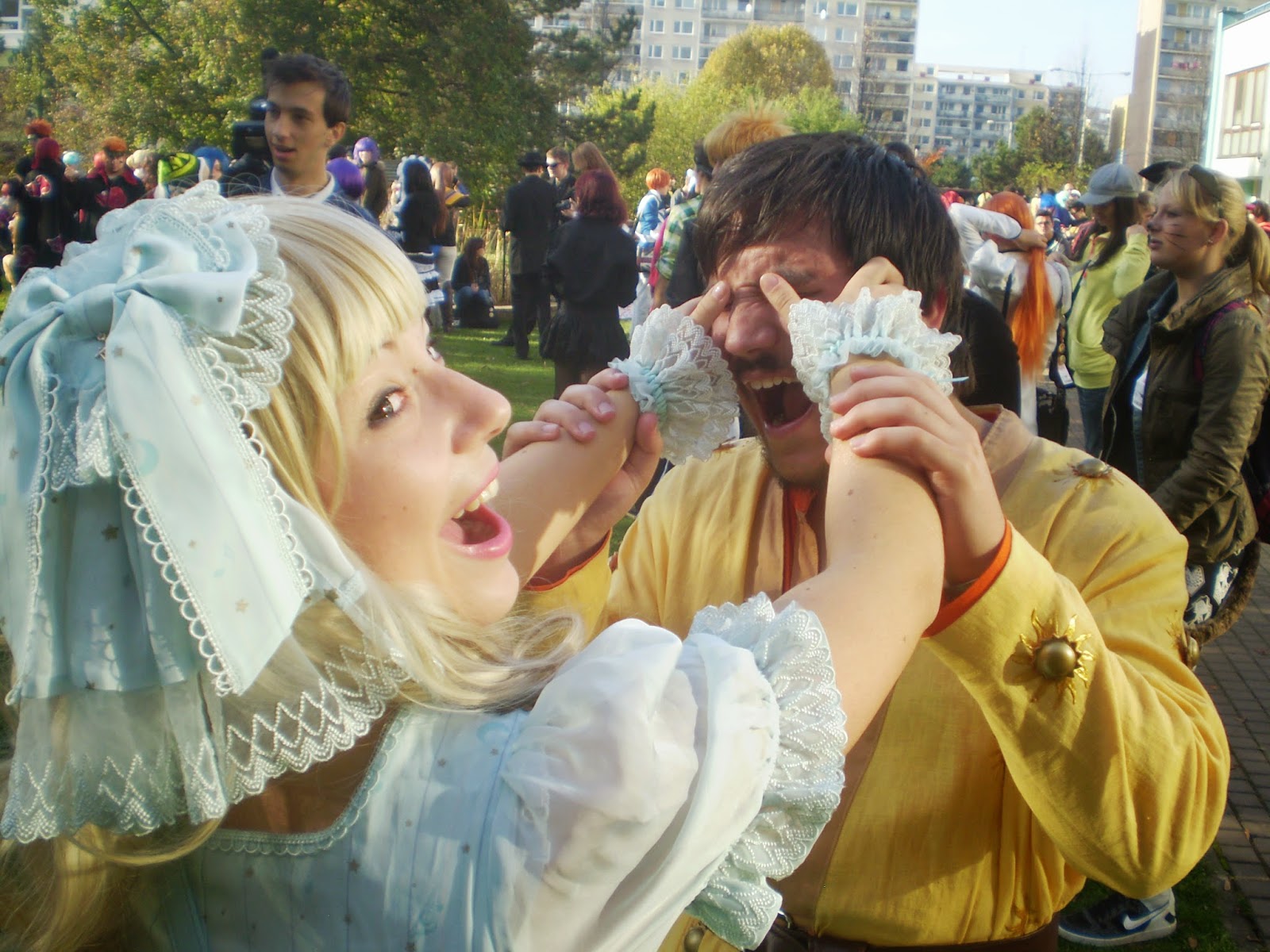 Daenerys wasn't the only character from GoT on the Akicon. But Oberyn was almost every few minutes asked if someone could crush his eyes/head. Well that can happen when you do a cosplay for this character :D 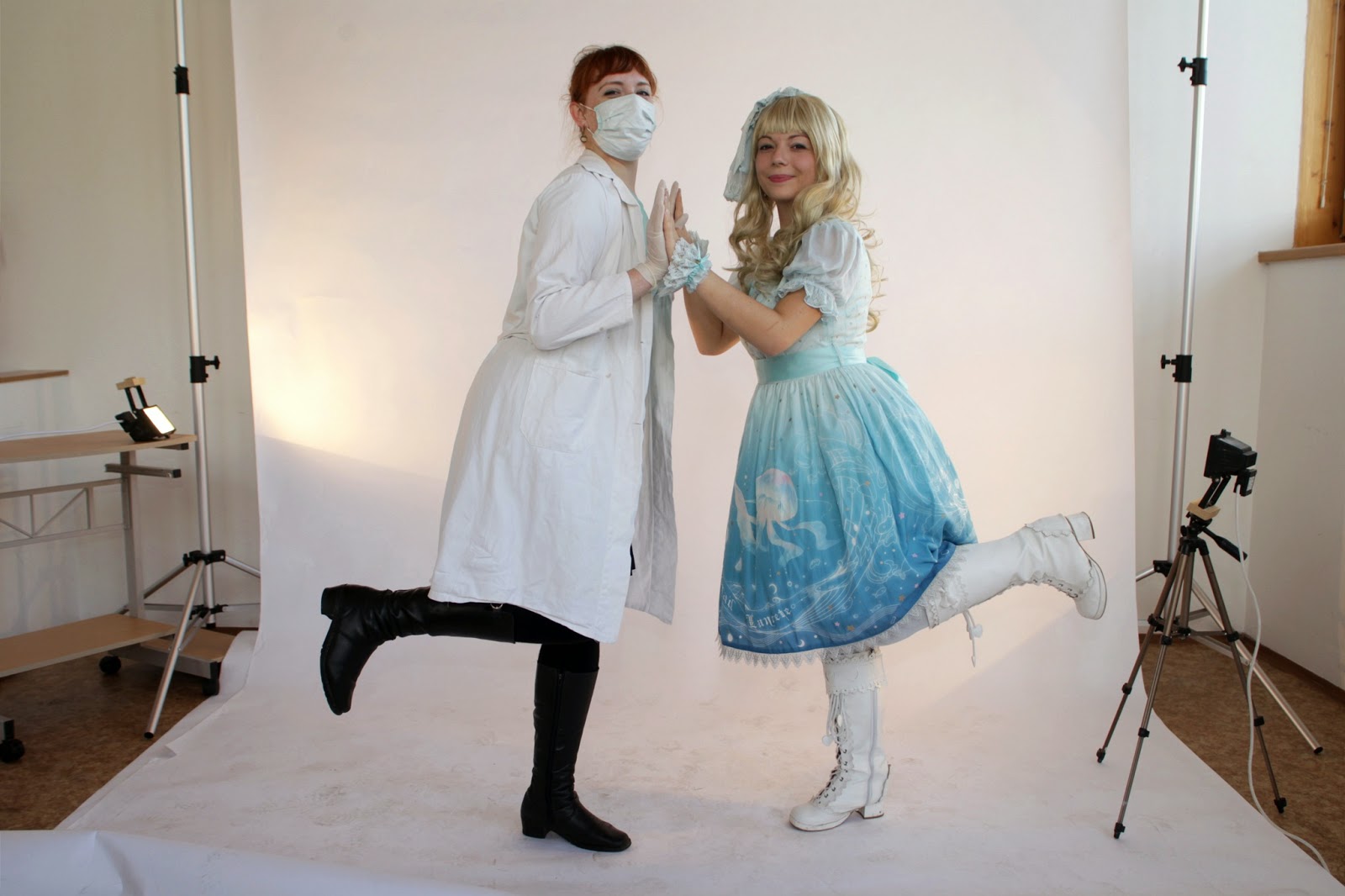 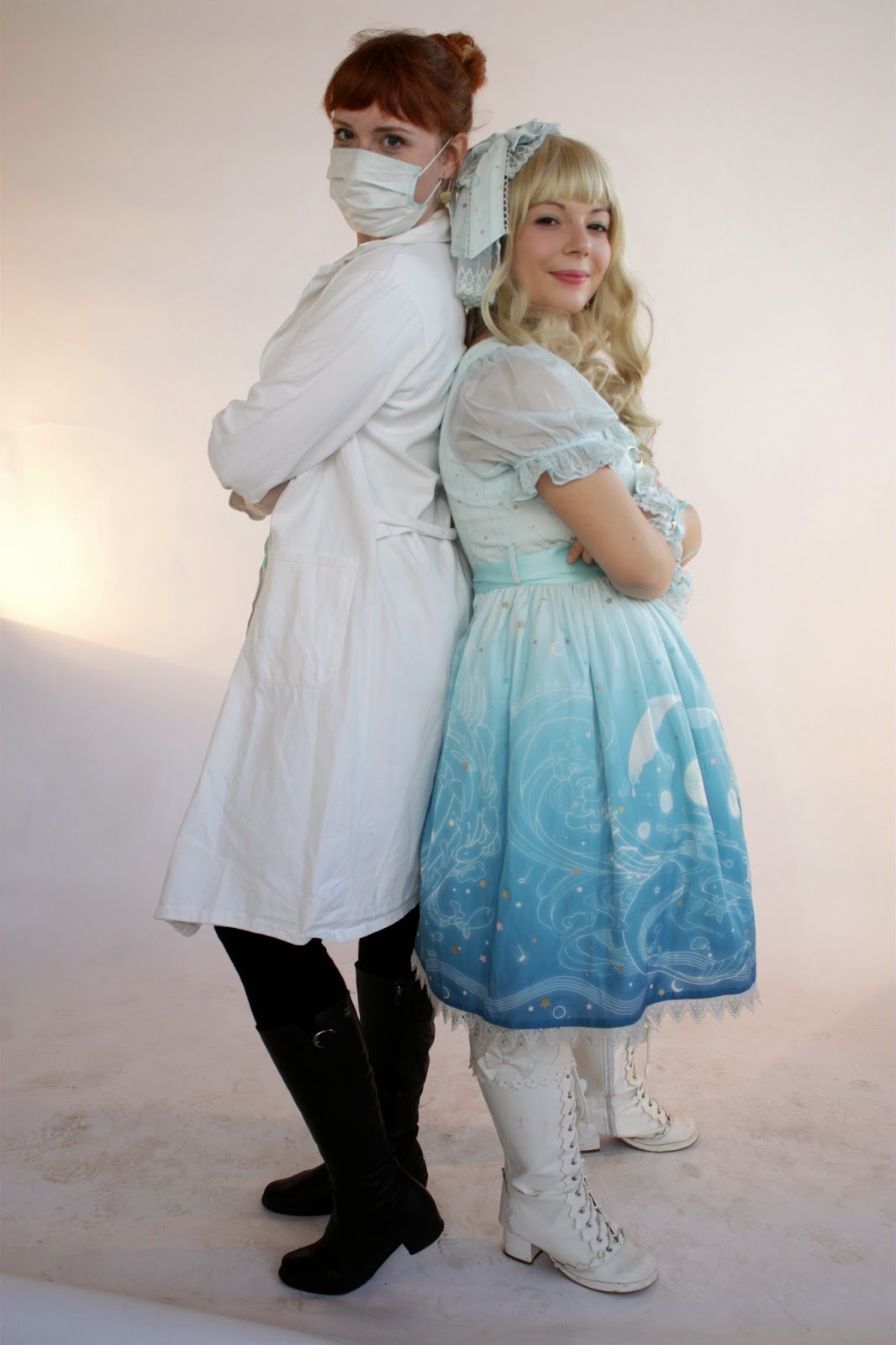 And here are some photos of me and my friend! She's not into cosplay much, but she likes to wear creepy things. I swear that sometimes I wouldn't want to met her in some dark alley.


I also enjoyed the Sunday. I haven't slept much, so I was very tired, but we watched some really interesting parts of the programme.
And what did I wear? 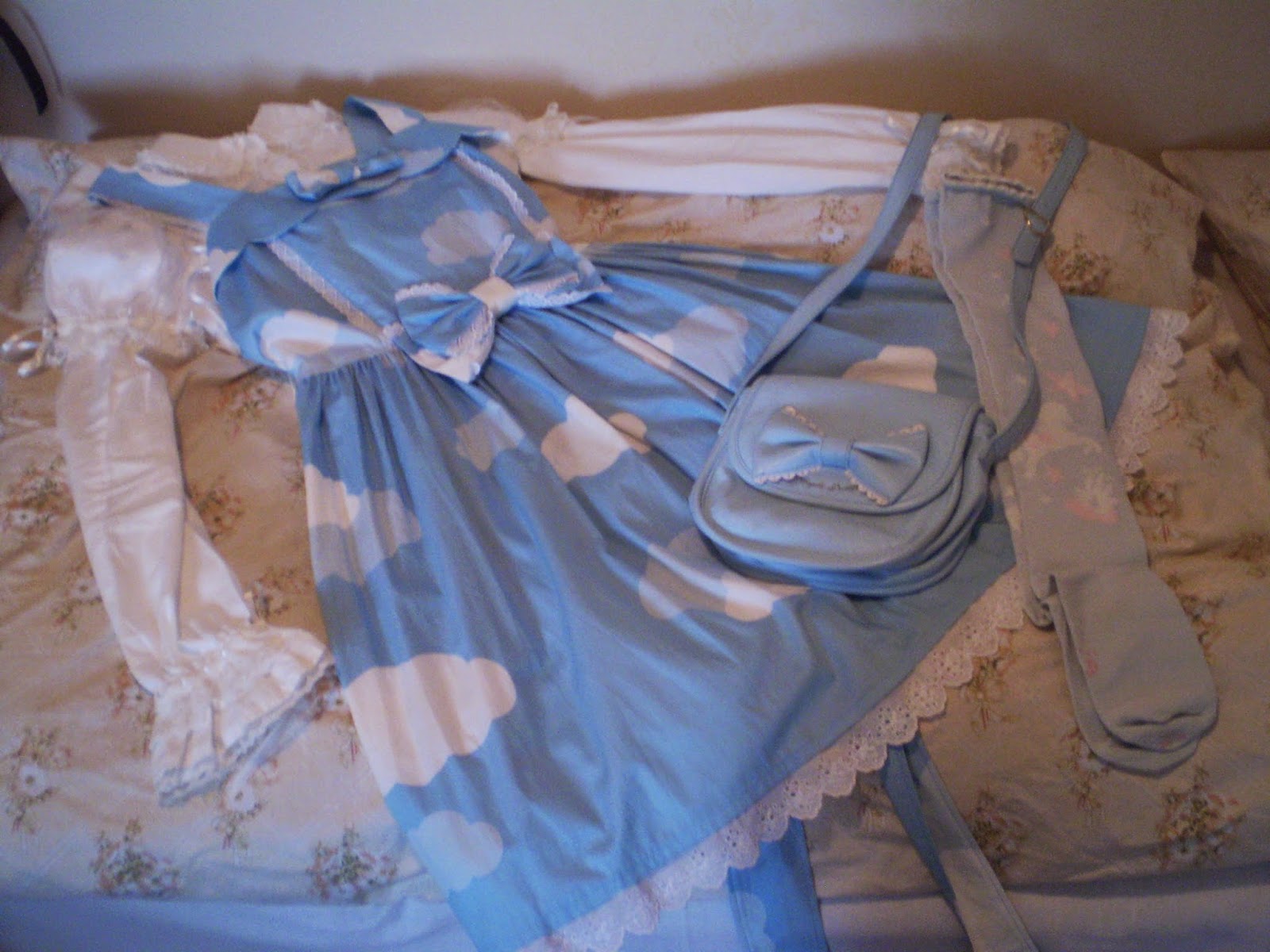 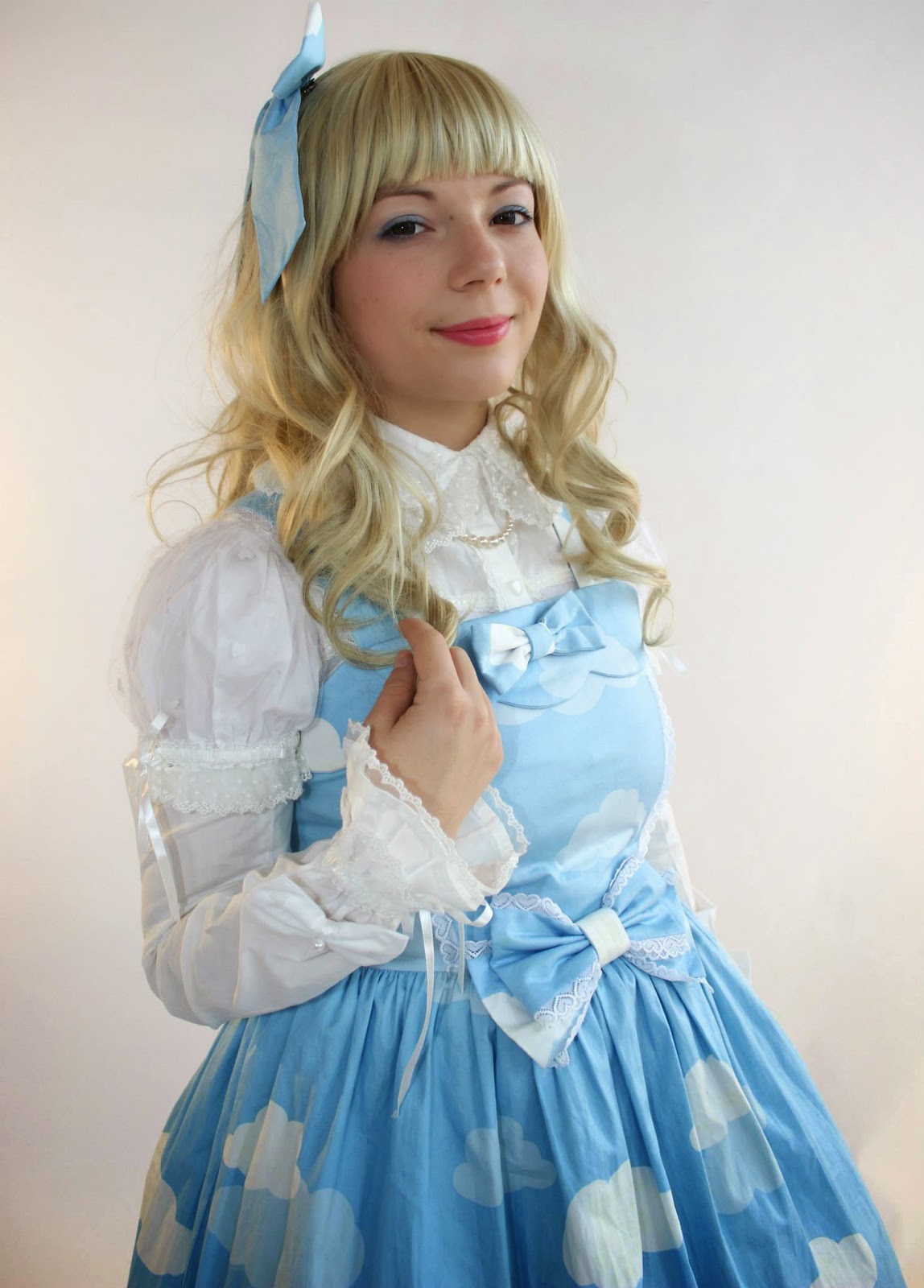 I enjoyed the con a lot, I've met many my old friends, I could also see some wonderful cosplay or lolita outfits. I hope I will be able to go there also next year, because I loved it <3

Have any of you been to Akicon? Do you like my outfits? Please write me a comment! Thanks ~^_^~
Posted by Loupák Anko at 23:03