Hello! Sorry that it took me so long to publish my photos from Natsucon, but I've been travelling for a long time and I didn't have any time to write anything here. Actually I wrote most of the posts somewhere in July, because it would be sad if my blog was dead for so long time!

In August I was on small anime convention called Natsucon. I was very happy that I was there, because the lolita fashion wasn't totally forgotten on this con!

I arrived on Friday around 8 p.m., because I traveled together with my boyfriend and he had to go to work, so we couldn't go earlier. I haven't worn lolita on Friday, as it was dark until we got there and also traveling in lolita makes me uncomfortable. I had just a simple creepy cute outfit with most of the items from Kawaii Machine I reviewed for you not so long ago. Unfortunately I totally forgot to take a photo of this outfit! :( On Friday I haven't even attended any program, mostly I was just chatting with my friends or dancing on DDR. Have you ever tried this music game? Do you like it?

On Saturday I was a model on Lolita Fashion show. Thanks to that I had to get up really early! My boyfriend wasn't very happy when I told him that on Saturday I'm getting up on 6 a.m., but fortunately nobody has been killed and we all live xD
I was representing a country lolita style with this outfit! 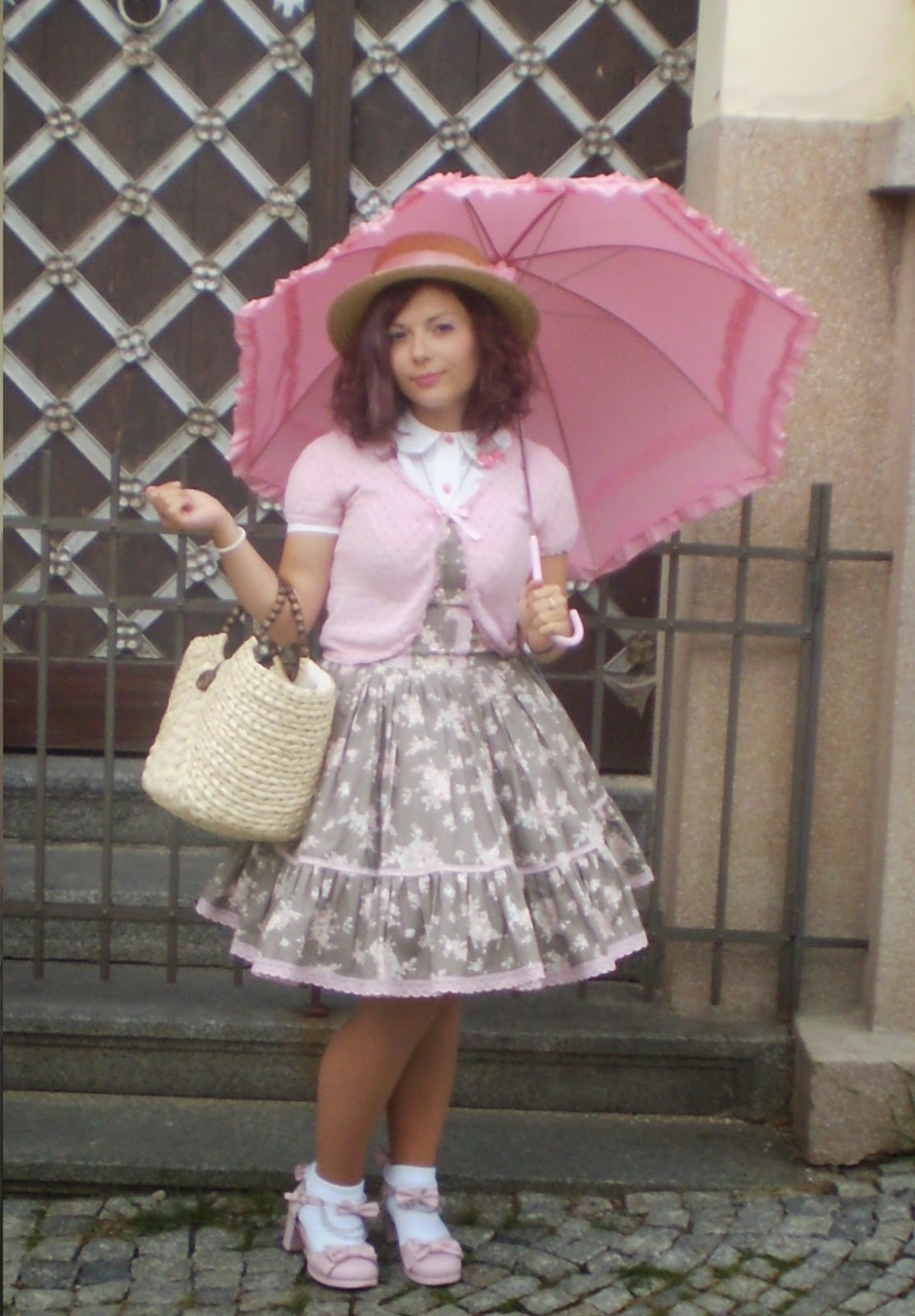 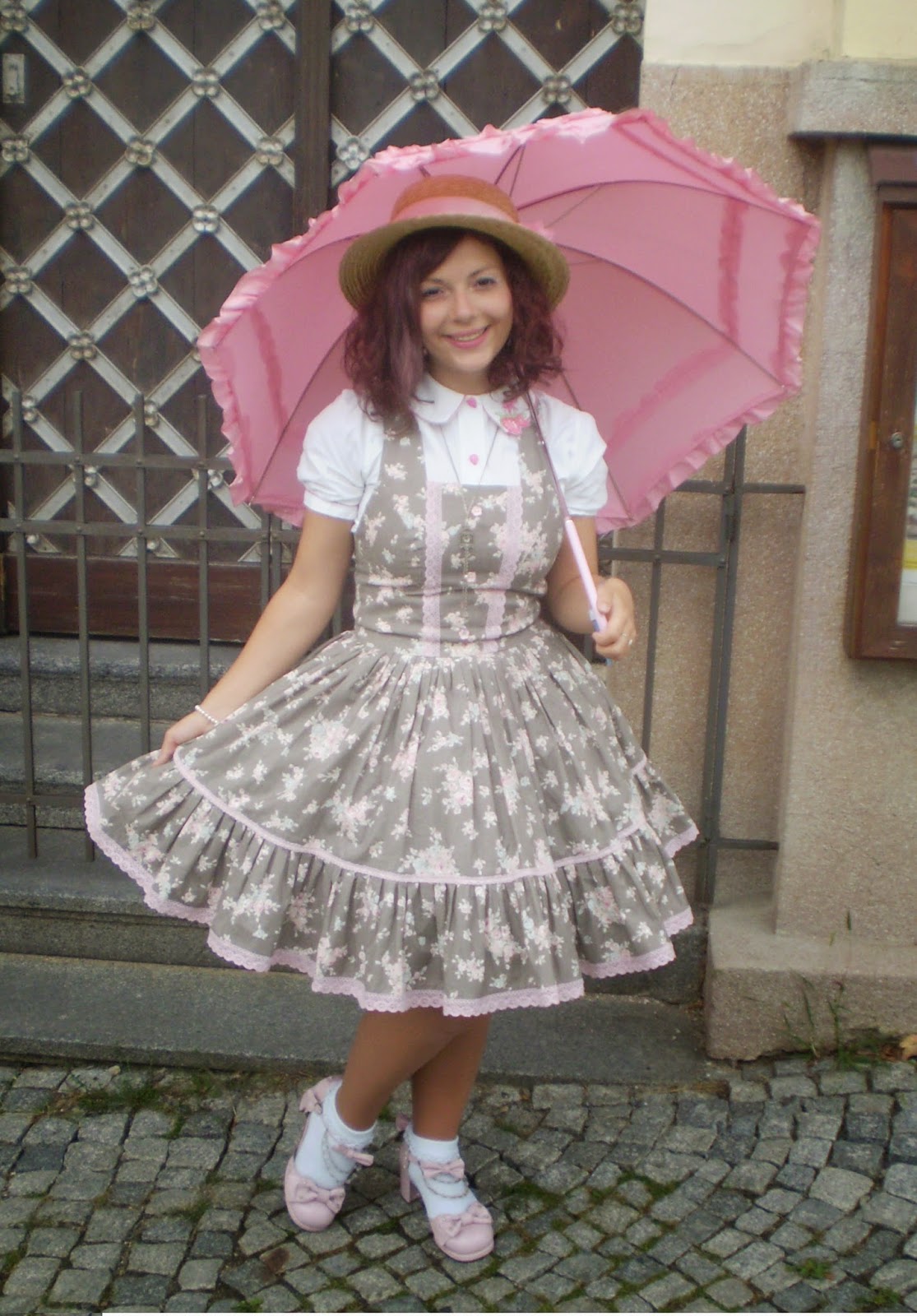 And a little close-up! I love how this photo turned out <3 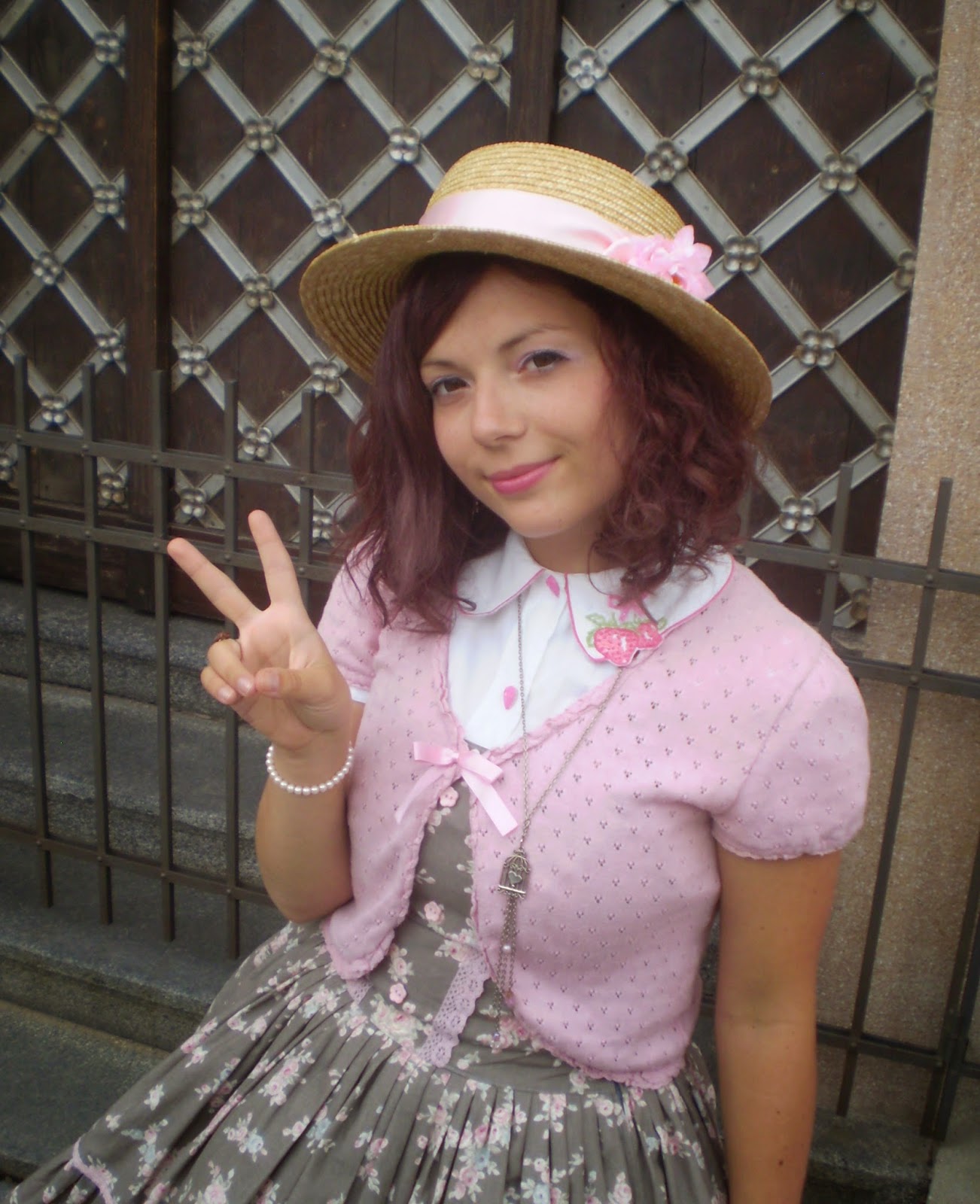 I've enjoyed the fashion show, but unfortunately I don't have many nice photos from it. It's actually my fault, because it was a first time for me at something like that and I've never stop for so long that a proper and nice photo of me could be taken :( Here is something of it I have!

Here is part of our group photo!

Unfortunately most of the group photos I found were either blurry or very ugly thanks to bad lighting...

And here are some of my favorite models~

The whole fashion show was organised by Shana~ Her outfit was very lovely and I think that she talked about the lolita styles very nice!

Pierrette looked very beautiful as always, I loved her oufit, especially the overskirt? I'm not sure how should I call it xD She wore it also on Sunday and I think that both outfits were great!

After a long time I finally saw pirate lolita, style I adored most when I first learned what lolita is.

Kameko was shining as always, I think that she was really a perfect model for punk lolita.

There was also Mitsu in her steampunk lolita outfit~ She looked so nice...

I liked all outfits on this fashion show, but those were my most favorite. I took the photos from this facebook album, you should definitely check out the whole page!

On both days I attended a few lectures about lolita, some of them were very good, but some of them really disappointed me.

On Sunday I decided to wear very sweet outfit, mostly because I couldn't wait to wear my new dress! 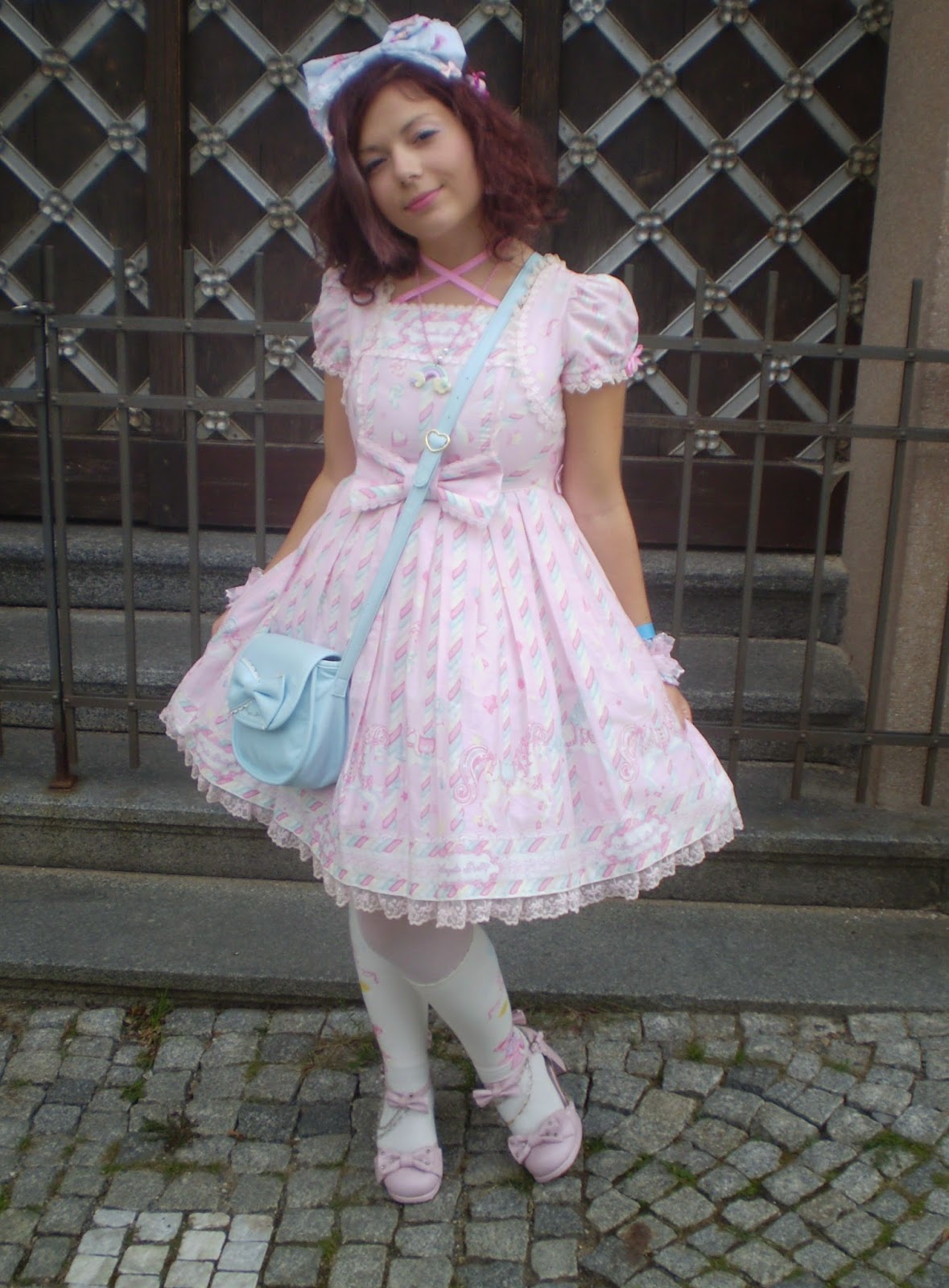 My boyfriend told me that I always do the same poses for photos and that it has to be boring, so I've tried something new xD 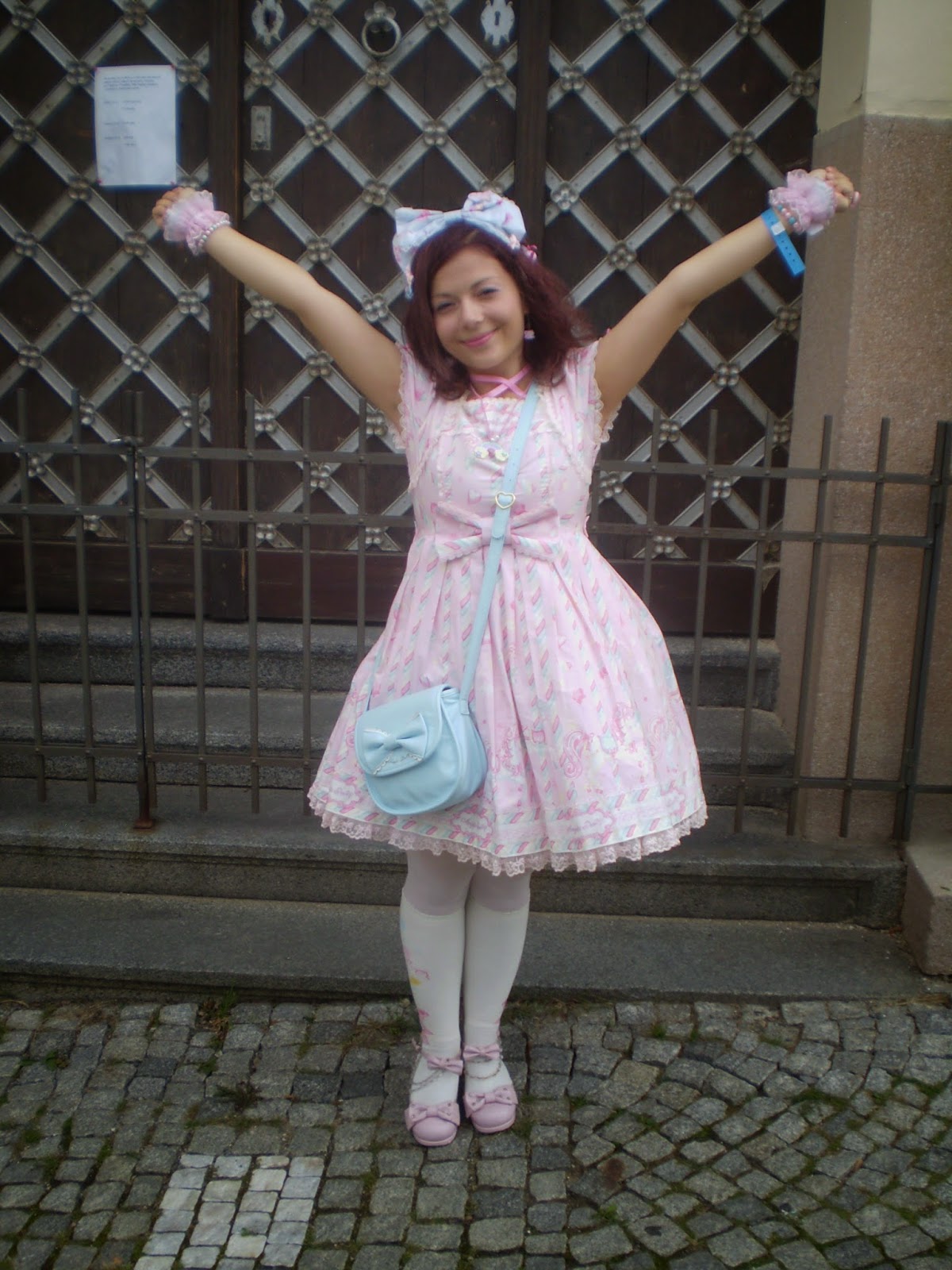 I don't know, should I rather stick to something like that? :D

Unfortunately I was sick the whole weekend, because I caught cold from my little brother (I think he does that to me on purpose!), and on Sunday I was really dead thanks to the cold, very few hours of sleep and bad fitting shoes (I thought that my feet are going to LITERALLY fall off), I quite don't really remember what I was doing on Sunday. But it was a nice weekend <3

Were you on Natsucon too? What do you think about it?
Do you like my outfits? Please write me a comment! <3
Posted by Loupák Anko at 10:42

Email ThisBlogThis!Share to TwitterShare to FacebookShare to Pinterest
Labels: angelic pretty, my coords