Hi girls! So last weekend I was in Prague on the biggest meetup here in Czech Republic. It was actually my first time there, but I've enjoyed it a lot!
We traveled with 2 girls from Brno together and we were in the cafeteria where it took place quite early, because one of the girls was making a model for the show. Thanks to that it was a bit chaotic while we arrived there, because all of the organizators were really busy with preparing the meetup.

I've decided to wear a bit OTT sweet outfit, because as I'm not really comfortable wearing it on small meetups or when I have to travel alone, this was a perfect opportunity <3 I took some photos of my outfit in the beginning of the meetup. 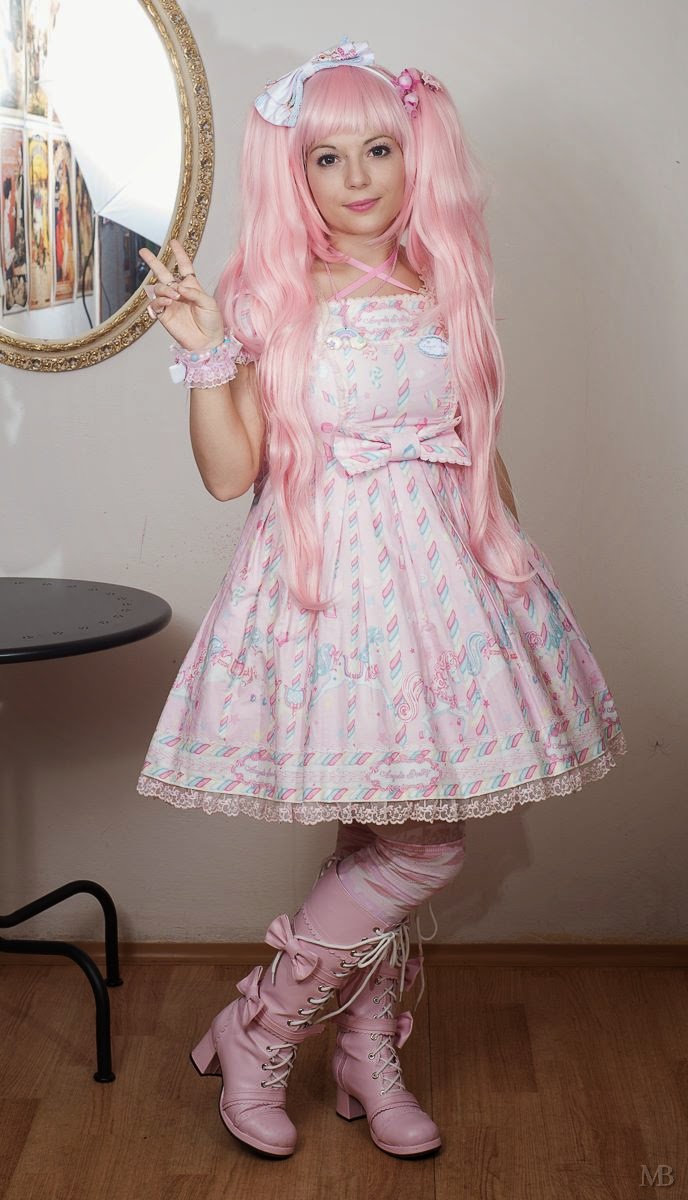 After awhile, the fashion show started. I think that the terms weren't ideal, but all of the models looked really great <3

Yuki presented there a pair of a dress she has sewn for her small brand Sleeping Doll. I think that Yuki and Eliska looked perfect in these outfits! 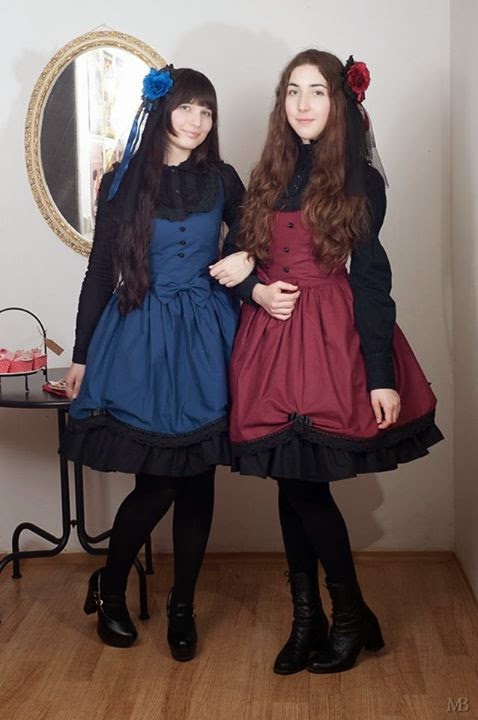 This was also a very interesting design from relatively new indie brand Bara no Usagi. I love the winter and hime look here. But if I'd me the model/designer of this, I would chose some more fitting shoes (for the girl on the left) and tights (for the one on the right), the black color doesn't match this outfit. If there would be less black, just some small hints (like the pretty bow on the dress), it would be nice, but this is just a bit too much. Anyway, the dress itself looks great, those little snowflakes on the skirts are so cute!

There were also these new items from Porcelain Doll! I think that those blouses are very pretty and the skirts look like something new in czech indie brands.

I don't know if there were any other models, because I don't exactly remember it. But if anyone knows, let me know and I will add their photos here.

After the fashion show we chatted a bit more. There was also a room upstairs for selling items from various shops, so we went there. As I want to change my style a bit (I want to have a few more decent classic or gothic outfits) and I don't have many accessories that would fit anything other than sweet, I was decided to buy something decent on this meetup. I immediately fell in love with these items and I had to buy them! My wallet was ridiculously empty after the shopping but I'm happy that I could buy so beautiful things. 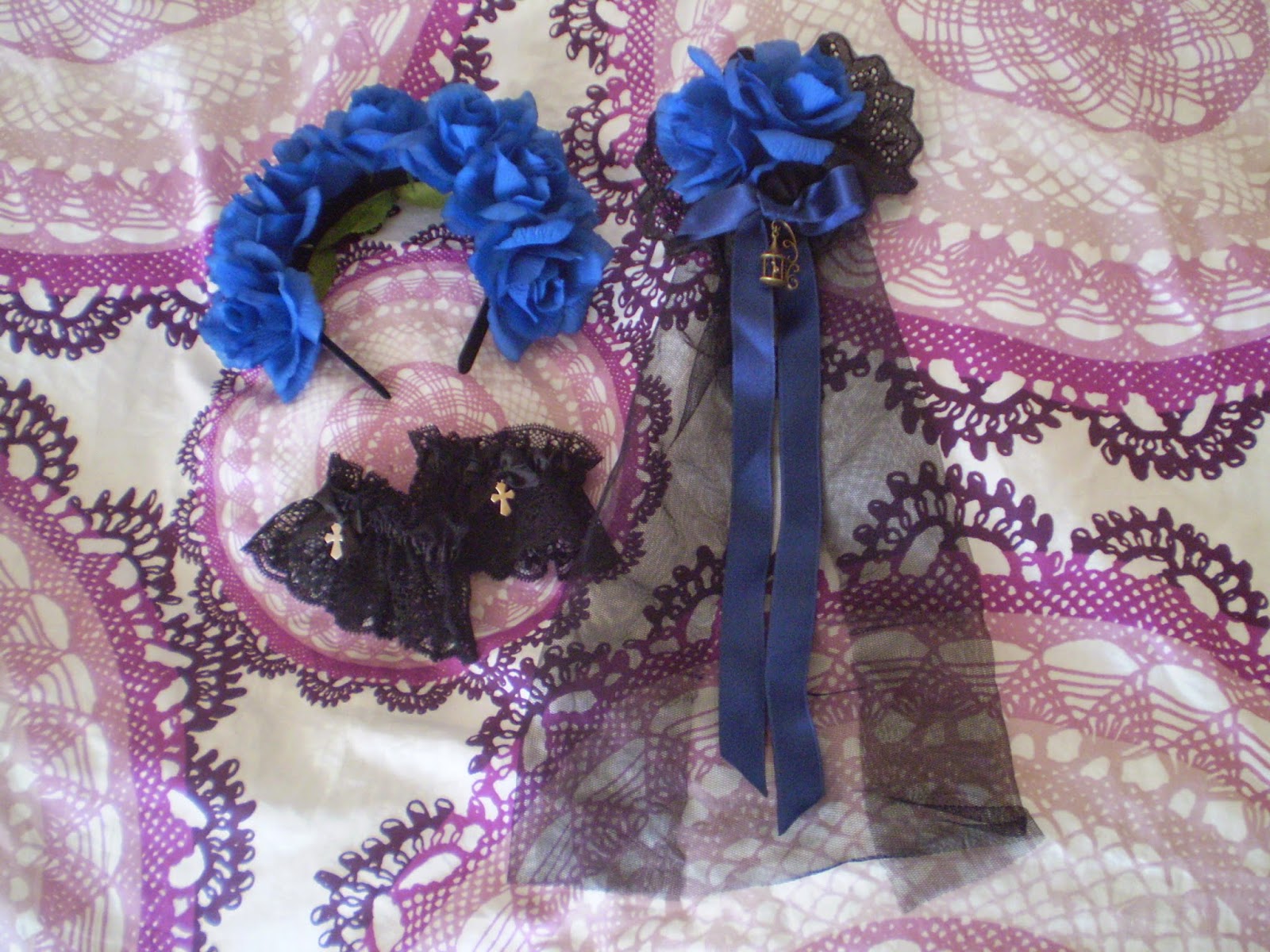 I was also thinking about buying the blue lolita dress from Yuki, but I wasn't sure if it would fit me, so I asked her if I could try it. She said yes and because I was wearing her dreamdress, we decided to change our styles for awhile! It was really interesting how people reacted to seeing me in gothic and Yuki in sweet lolita. But we looked funny a bit because we couldn't change our shoes...

But the photo without the shoes looks actually pretty good, doesn't it?

And yes, as you might notice, I have short hair now! They were a bit messy because I was wearing a wig on the meetup, but otherwise I think it doesn't look so bad with gothic as it would look with sweet.

I also have some funny photos with Sari~ We almost managed to hide my pink boots! xD

After that I went back to the bathroom to change into my outfit. But I found there Domi, Silvi and Yuki trying out the twintails from my wig. When I saw some photos they've taken with it I was laughing a lot, especially Yuki looked really creepy with that thing on her head. I've also decided that my head hurts too much to wear the whole wig again.

After that our whole "sweet corner" took a photo together.

I love how the other girls look like, I think that they look sweet, but still very elegant! I wish I could dress like that >.< From this one I especially liked those cute little cookie - earrings :3 They look so yummy~ 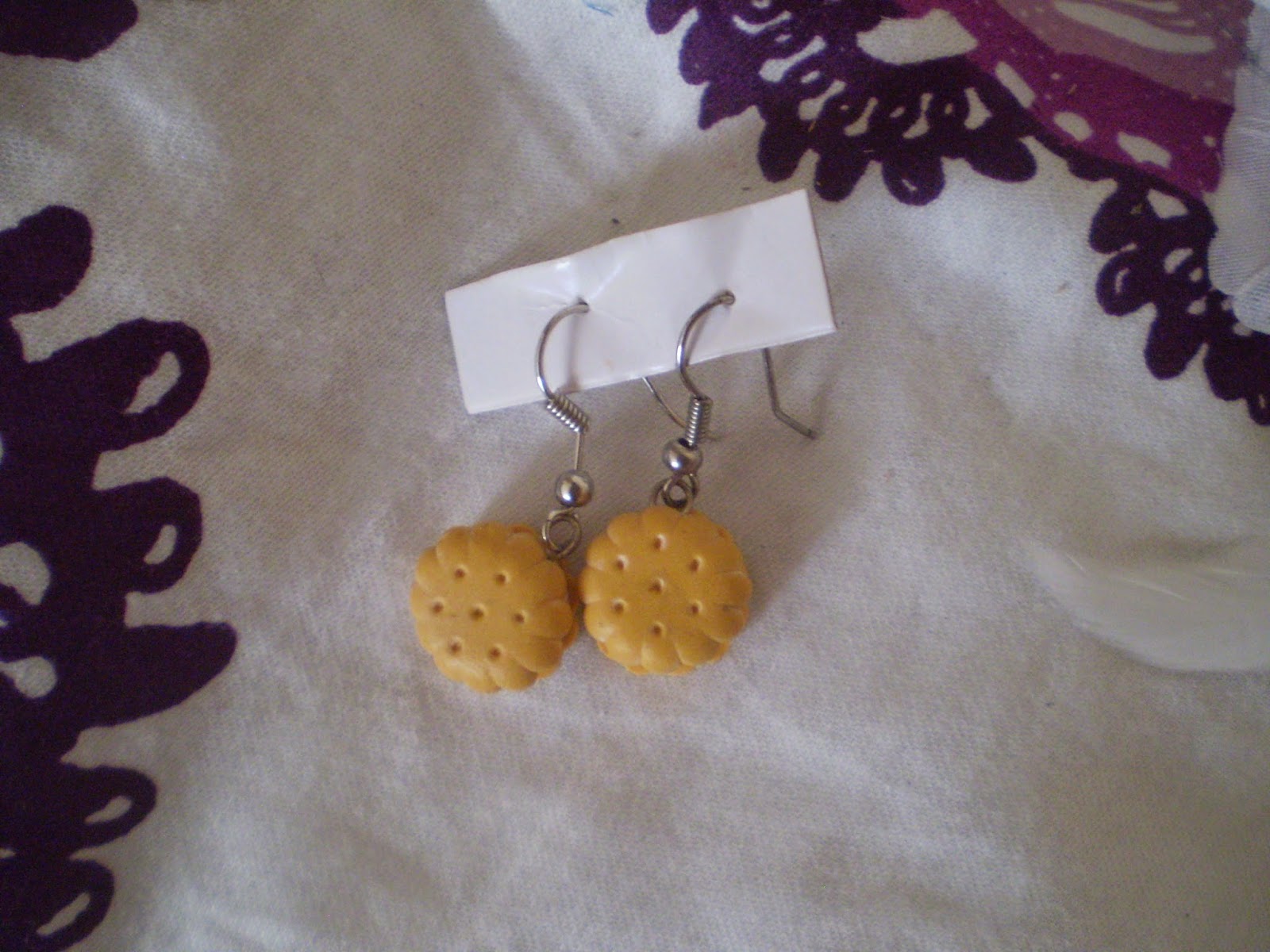 In the second package I got this: 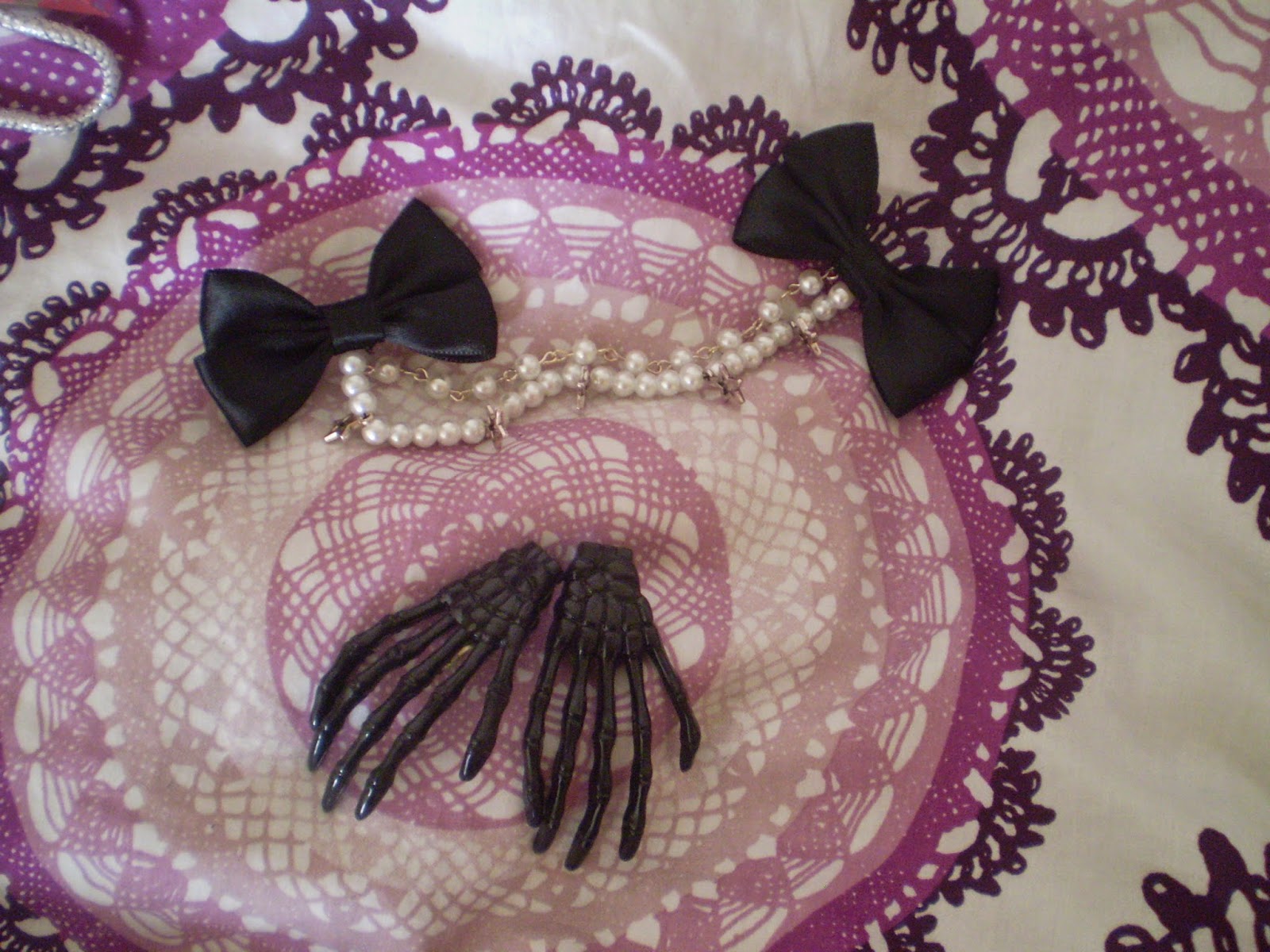 The double clip is SO lovely. I always wanted one, so I was really excited I got one! (And I immediately thought that I need more and MORE double clips! To match like every colour in my wardrobe!)

Well after that there was a ruffle where I won home-made soap, which smells so incredible. I was actually sad I didn't win more of them xD There were also some funny moments like when this guy won the adorable headdress and was forced to try it on xD

Through the whole meetup we could vote for the cutest sweets and best outfit!

Well the best outfit won the waiter, obviously most of the girls there fancied him xD For the first few moments he thought that it was a joke and when he realised that it wasn't, he looked really amused. Well, so were we.

In the end I wanted to show you some outfits I liked! I have to say that all of the girls looked really pretty, it was obvious that all of them put a lot of effort to the outfits.

Left: It's so pretty~
Right: I love the Christmas theme!

Left: The dress has so nice print~
Right: On the skirt you can see the ant Ferda, he's an animated character from czech books for kids. I love it!

Oh I love these classic outfits, all of them look so nice.

Right: The skirt with the dragon looks so awesome, especially with the golden flowers on the headband!

After the end of the meetup, we travelled back home. I was totally exhausted by the time I got home, but it was totally worth it <3
Posted by Loupák Anko at 22:12

Email ThisBlogThis!Share to TwitterShare to FacebookShare to Pinterest
Labels: lolita meetups, my coords