Hello!
Last week I was at czech anime convention called Animefest. I would like to share photos of my outfits with you!

This was what I intended to wear on Friday (alongside with tons of accessories and my pink wig). Unfortunately, I didn't take any photos of myself, because many people were asking me for a photo and I thought I could find some on the internet. But in the end, the only one I found was this: 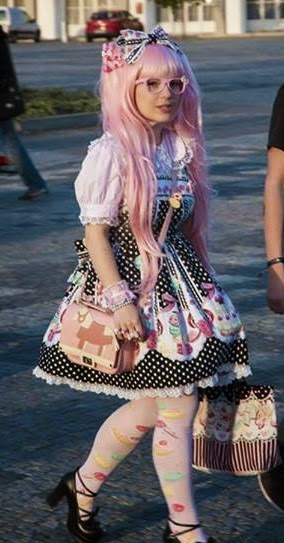 It's not so bad, at least you can see my whole outfit, but it's a bit blurry and I'm sure that someone has to have even better photos, I just haven't found them yet.
What I wear?
JSK, blouse, shoes, bow, bag and glasses: Bodyline

Wig: Wig-supplier
Pink bag with horse: Undergroundgalaxy (you can find the eshop here. They have nice things, but the communication and shipping is really slow)
The rest is from many random shops, mostly I don't exactly remember the names >.<

On Sunday I wore three outfts XD One of my friends said that I am a "women of many faces" :D It was because in the morning me and my boyfriend had these cosplays: 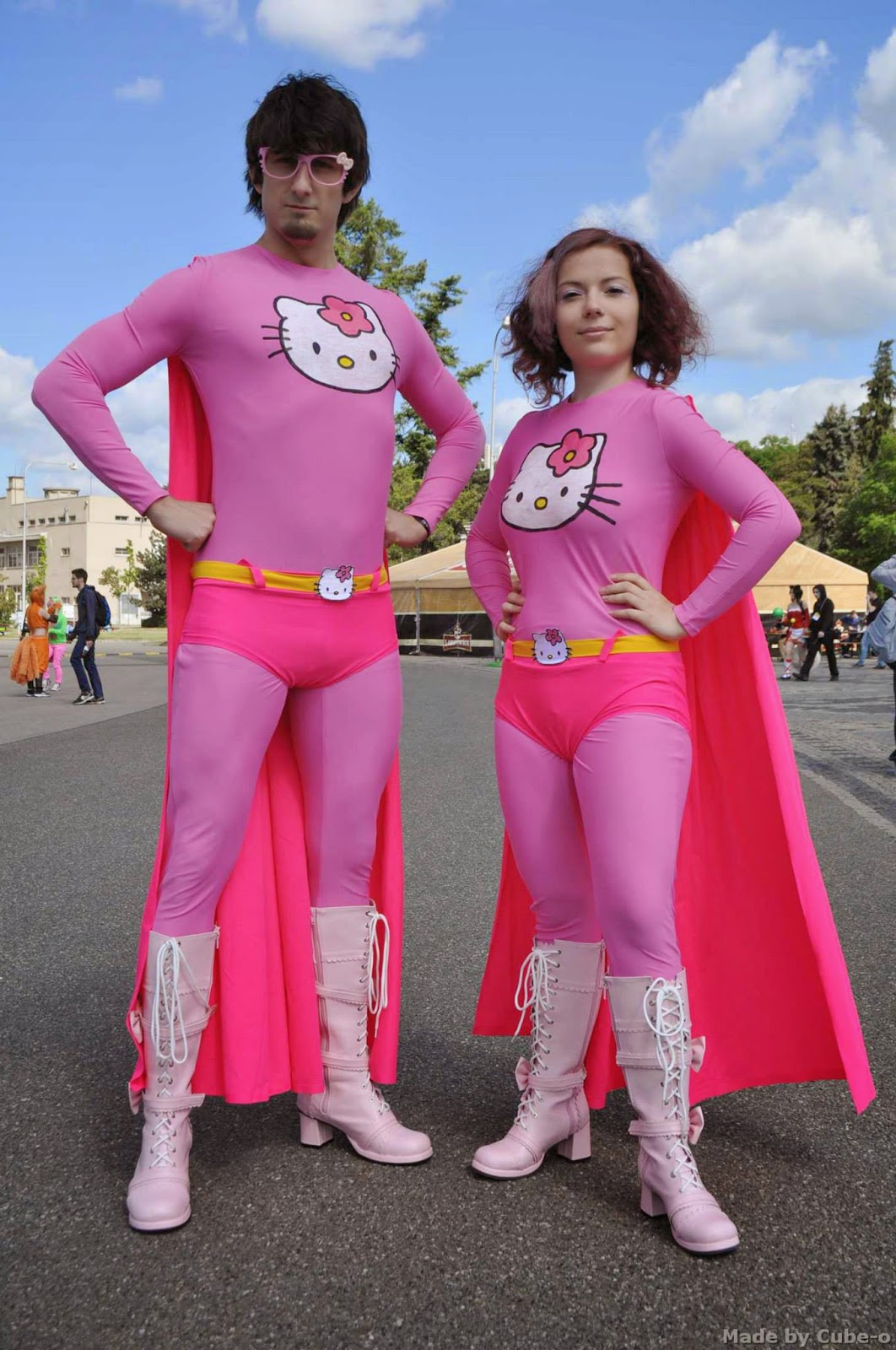 I think they're hillarious. I have the feeling that everybody who saw us took a photo... And yet nobody believes me it was my boyfriend's idea at first to make such a thing XD

Than, my boyfriend left because he had to go home, and I changed in my lolita outfit: 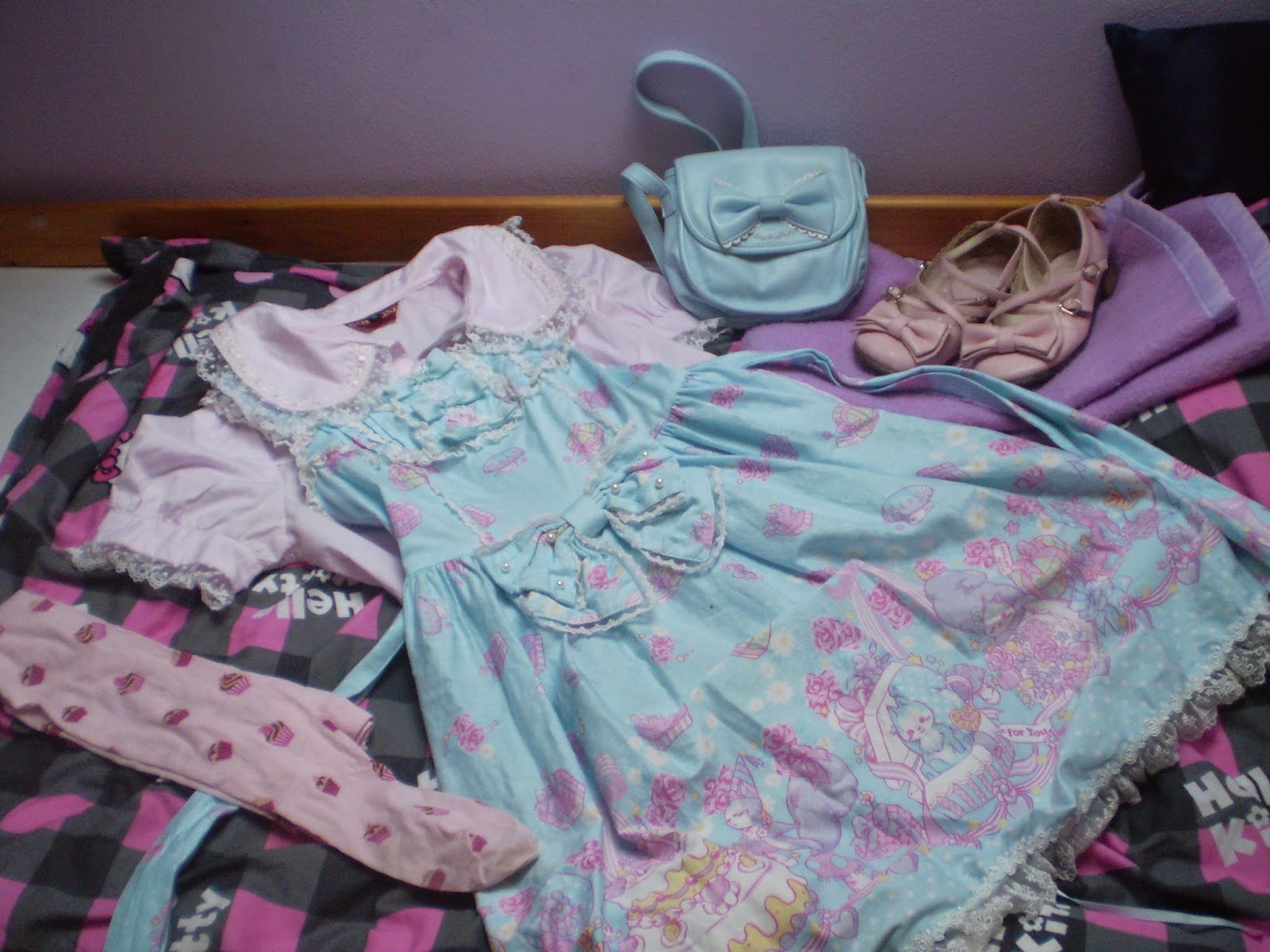 As you can see, first I wanted to take another bag but then I completely forgot XD 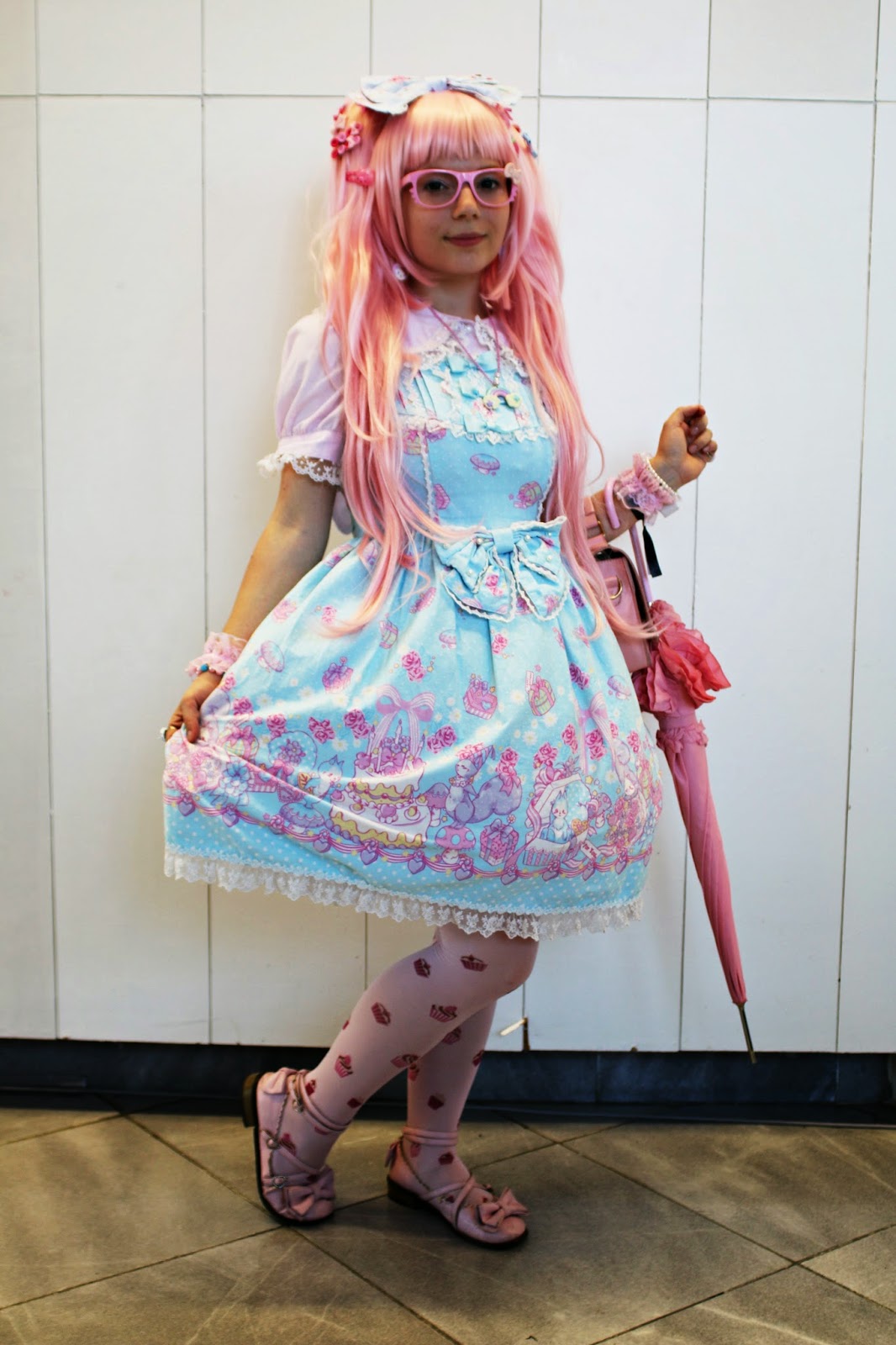 The whole outfit:
JSK, Blouse, glasses: Bodyline
Shoes: Secret shop
Tights: Calzedonia
I was actually thinking about selling the JSK. It's nice, but I think I would rather buy some brand JSK and sell this one, because I don't like the material and the shape of the skirt :(

And here I have one photo with my Hello Kitty glasses: 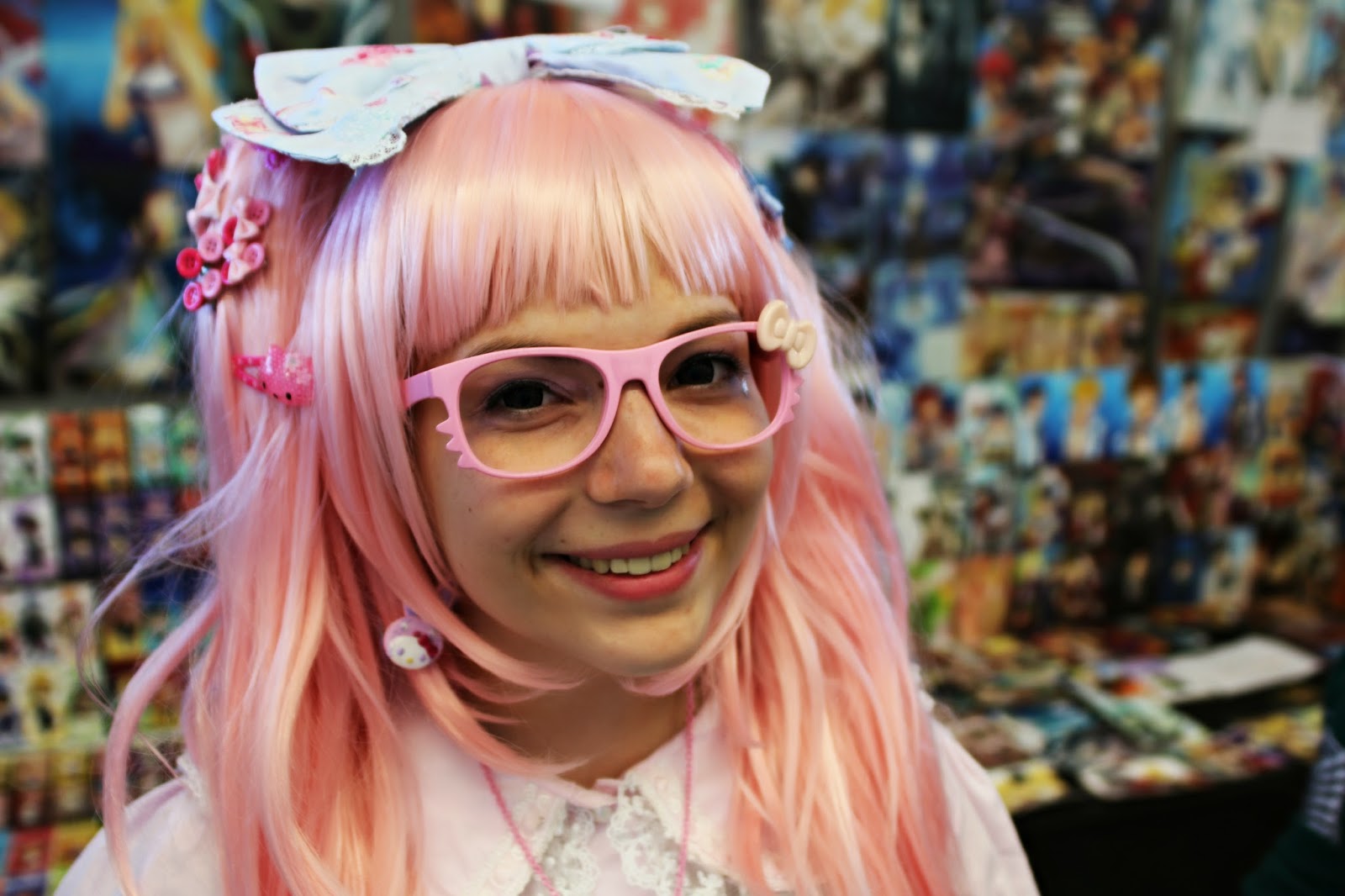 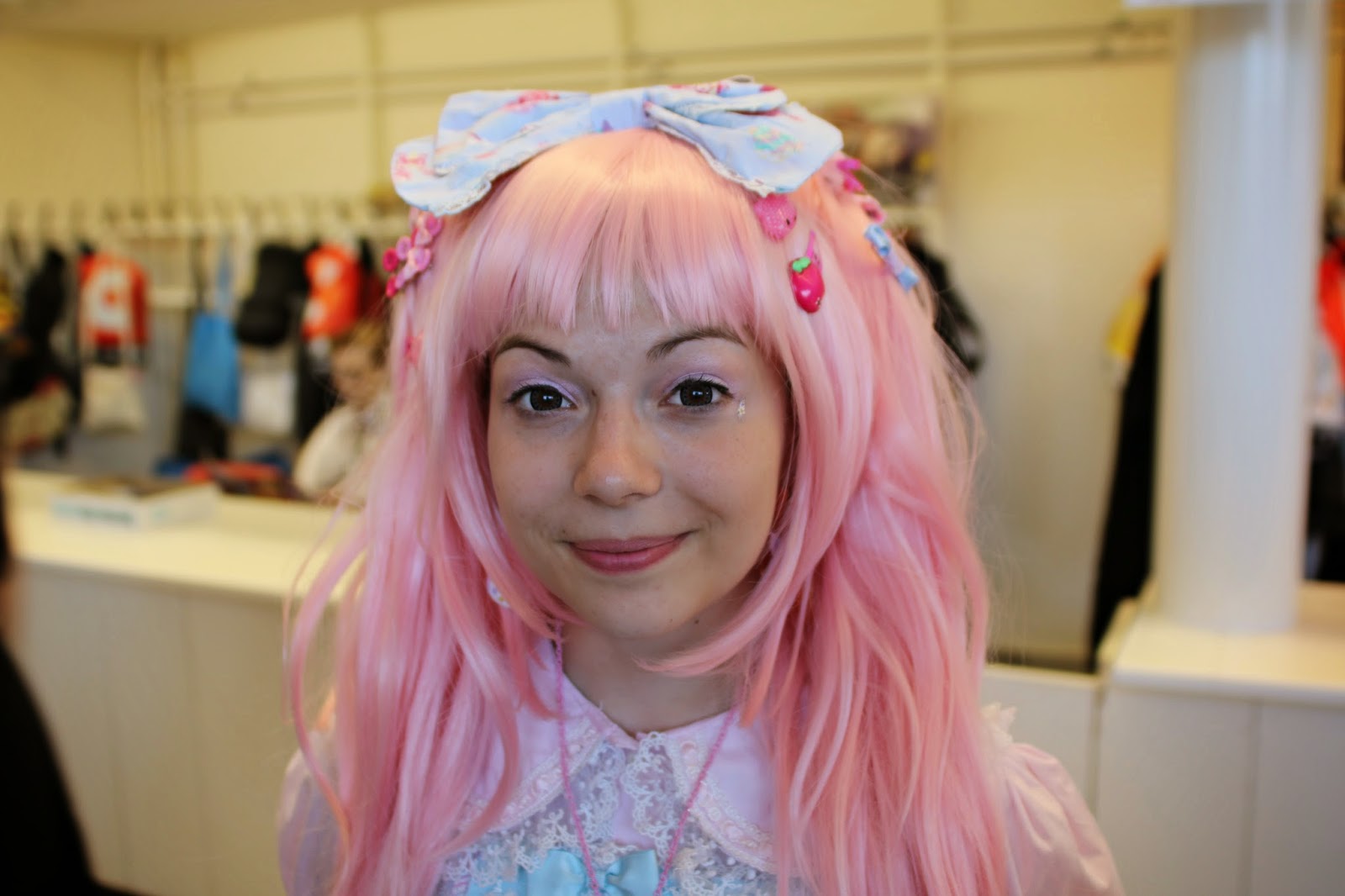 Here's one photo which is pretty awesome: 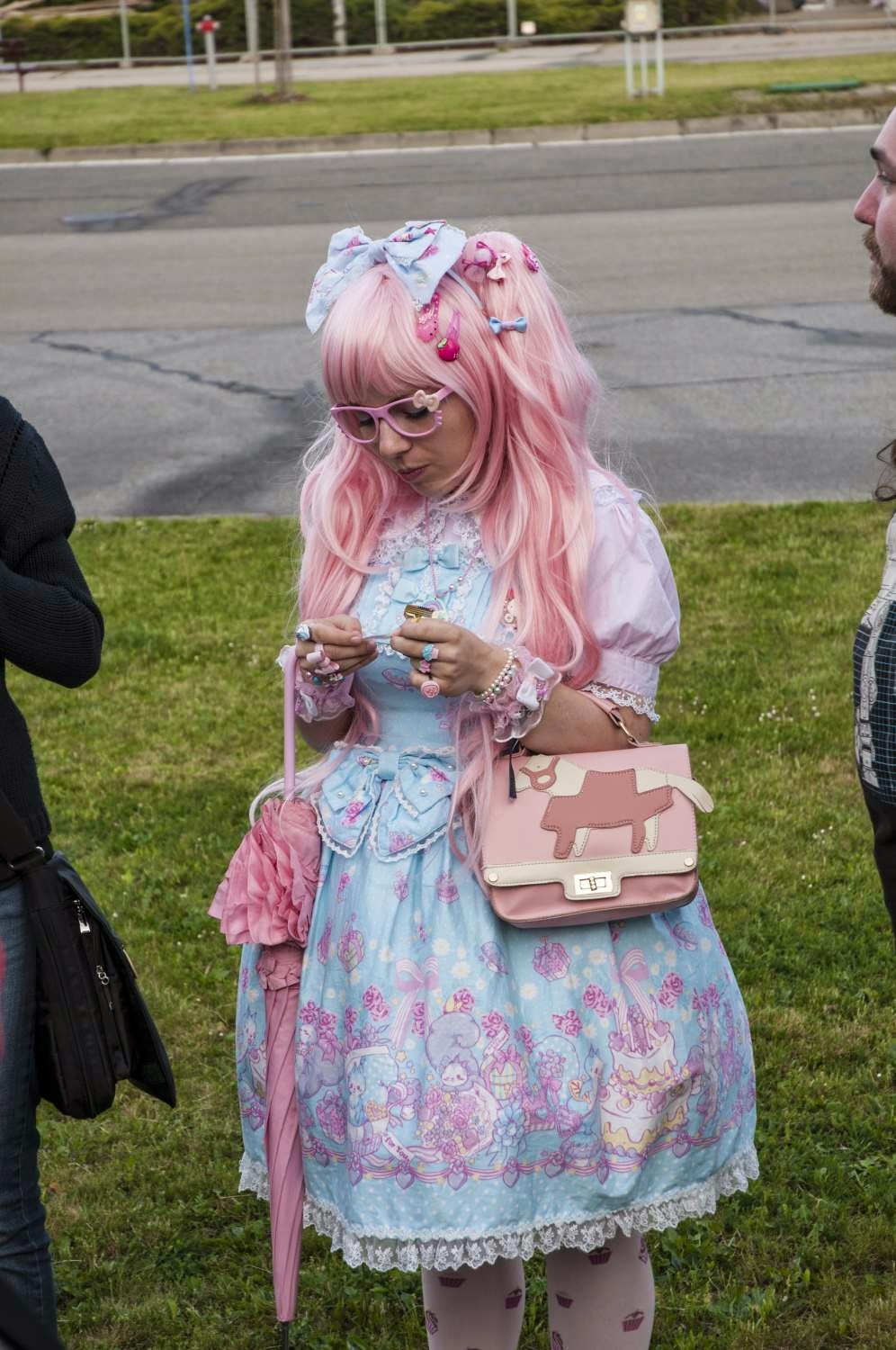 Someone caught me offguard, I was just reading my fortune cookie!

In the evening, I wore just my everyday clothing, because the wig isn't really comfortable...

On sunday, I intended to wear this my blue JSK with clouds from Bunny House, but it was so rainy and I had to go to my grandmother after few hours, so I've decided to wear my normal clothes again...

Anyway, I've enjoyed the animefest, even if it was sometimes pretty weir. I haven't been on many parts of the program, because when I wanted to go to some lecture, it was either early in the morning (impossible to get up and dress) or there were three I wanted to see in one hour :(
I was really sad because I wanted to see many lectures about Japanese fashion and in the end I haven't been on single one....
But I've seen some movies!
The first was The Garden of Words It was so beautiful! I loved it <3

The second one was Patema Inverted:

I don't like this one so much. It was a bit chaotic for me :/

I've also seen one episode of the anime serie Strike the blood:

Just now I'm watching the rest of it at home. I like it :)

I've also bought some things, but I'm not going to say you what yet xD I'll put here a shopping update soon!
This will be all from me for now ~^_^~

Email ThisBlogThis!Share to TwitterShare to FacebookShare to Pinterest
Labels: my coords